Why Intel pays manufacturers to use its chips 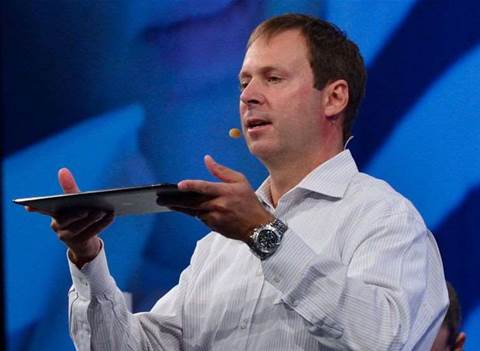 Intel has said payments it's made to manufacturers to get them to use its chips in their tablets were down to mistakes it made on price points for Atom devices - and it hopes to avoid doing the same with smartphones.

Earlier this week, CEO Brian Krzanich said Intel had made "good progress" in tablets after being slow to get into the market.

The company set a target of 40 million tablets incorporating its chips to be shipped this year, and has paid manufacturers to use its chips in the hope they'd continue to use them in the future, according to Reuters.

Speaking of the payments to help push Intel into tablets, Walker said he "would characterise our programme differently" than media reports have described it.

"When we started our original design points for Atom, we had designed it for performance, form factors and cost points that became out of sync with where the market was going," he told a media event at the Intel Developer Forum.

"What we decided to do was help work out any platform matters that came from the wrong design point," he said.

He added that Intel also contributes to "co-marketing" efforts with manufacturers - kicking money into the advertising pot "to bring an awareness to a very big tablet market that [having] Intel inside your devices does make a very big difference."

Intel has also trailed ARM rivals on smartphones, but Walker said efforts such as the SoFIA platform would help ensure that Intel covered all price points.

“I don’t want to do that with phones,” CEO Brian Krzanich told Re/Code earlier this week. “I would really like to avoid that.”