Why Intel wound down its RealSense computer vision tech unit 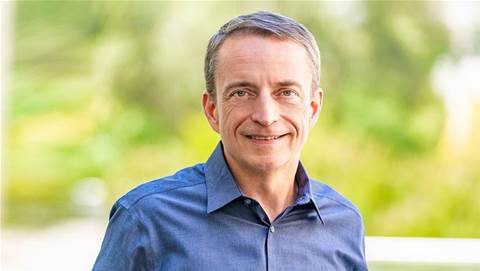 Intel CEO Pat Gelsinger said he decided to wind down the chipmaker’s RealSense computer vision division because it did not fit in with the company’s six core businesses, which include the new foundry, graphics and networking units that he formed this year.

In an exclusive interview with CRN USA on Tuesday, Gelsinger said Intel will be “rationalising” all of its assets, investments and resources against those six business units, which also include the client computing business, the data centre business and the Mobileye autonomous driving business.

“Simply put, to each of those business leaders, they have a clear market focus. And if the assets fit one of those six business units, then I want to invest in it. If it doesn’t, then I don’t — and then how do I move out of it? It’s sort of one by one, we’re just going to rationalize everything into those business units,” Gelsinger said.

For example, Gelsinger said, Intel’s silicon photonics business may be in the early stages, but it’s made good progress so far, and it fits well within the new Network and Edge Group. As a result, the company will “double down” in that area, he added.

“It’s pretty foundational for where we see the next generation of networking,” he said.

When it came to the RealSense decision, Gelsinger put it like this: “Hey, there’s some good assets that we can harvest, but it doesn’t fit one of those six business units that I’ve laid out.”

CRN USA first reported on Tuesday that Intel is winding down the RealSense business, which consists of cameras, sensors and processors for a variety of computer vision use cases. A company spokesperson told CRN the decision was made “to focus on advancing innovative technologies that better support our core businesses and IDM 2.0 strategy.”

Intel is honouring current customer commitments, and the company will use the technical expertise and talent it developed in computer vision to support the core businesses, the spokesperson added.

The RealSense decision came after Gelsinger announced a major restructuring in June that he said in a memo to employees would allow the company to “move faster” in developing leadership products and ensuring “flawless execution” as part of the CEO’s comeback plan.

With the restructuring, Gelsinger split Intel’s data centre division, the Data Platform Group, into two new business units: the Datacenter and AI Group and the Network and Edge Group. The CEO also formed one other new business unit, the Accelerated Computing Systems and Graphics Group, and another division called the Software and Advanced Technology Group.

“We’ve now created essentially four organizations that have very, very world-class leaders, specific market assignments in front of them, a good set of assets, and I think we’re going to see pretty tremendous results that come from it,” Gelsinger told CRN USA.