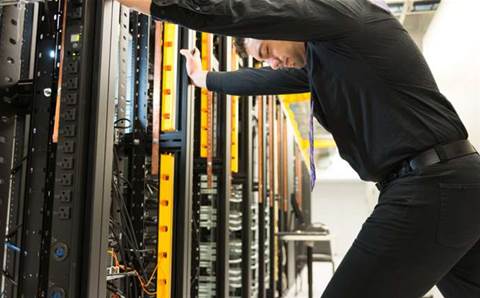 Data#3's general manager for managed solutions Michael Bowser has revealed his thoughts on why managed services can fail.

In a frank presentation to existing and potential clients at the JuiceIT event in Brisbane, Bowser drew on his experience to pick out several reasons why a services relationship can break down.

He recalled that Data#3 started a help desk service in the 1990s and had learnt a lot of lessons on the way to offering what is now known as managed services.

"What we found is that the most successful engagements with customers is when both parties sit down and talk about what they're trying to do," he said.

"It sounds obvious, but often it doesn't happen. Certainly not in the last ten years, when generally a consultant is brought in, a paper is written and it's sent out to the market."

"There's a view that a managed service provider can do something for half the price that [the client] can do it for," said Bowser. "Often unrealistic expectations is one of the reasons they can fail."

Service providers that are "unwilling" to define the scope of work are headed for disaster, said the Data#3 executive.

"You're probably aware of this one. It's when a [MSP] will not get down into the detail – if they do that, it means a variation [in the deal], and leads to issues that need to be sorted out later."

"Often they fail because the deal structure is not aligned properly," said Bowser, referring to situations when the service provider doesn't yet have the "capability" to meet the customer's needs, or the customer is not ready for an MSP to come in.

"[The client] is not ready for the communication to its people and is not ready to stop some of the things that they've taken for granted."

Related to readiness is the client's management of the deal.

"A customer thinks it has handed over to someone and that they don't have to think about it," he said. "One of the big areas where it can falls apart is in culture. You have to manage the culture of people and how they work together. If the customer doesn't manage the deal it can all go sour."

The other side is not blameless either, he said, if the managed services provider is not proactive in its dealings. "They've sold the deal and think they can move on. For the same reasons as when the customer doesn't manage the [relationship], the service provision contract can fail in this instance."

The contract in itself can be difficult to interpret after staff turnover, either on the customer or the MSP side.

"We are a changing industry and there are people that move around," said Bowser. "Often a contract is put together with the 'spirit' of how [the client] wants to do things and initially people work together well.

"But when people leave, there is no mechanism to carry that thinking over. All that you're left with is the fine print on the piece of paper… and if it's all going bad then the fine print becomes really important. It's very important you write down the right things about what you're doing."

On the technology side, Bowser warned that customers who resist services providers bringing in new ideas could be putting themselves at risk. "If you don't keep an open mind when going into a managed services agreement, then you can actually lock yourself into something that's harder and more expensive."

However, new technologies have resulted in a shortage of skilled resources.

"Technology is changing – the old skills are drifting away and new skills are coming through," said Bowser, adding that contracting companies would attest that IT skills are currently short on the ground.

Bowser ultimately told the audience that, with all these fires to fight, MSPs generally do not have any "incentive for innovation".

"If you bring in a service provider to just run IT and don't employ them to do some things around 'differentiate IT' and 'innovate IT', then you're selling the whole idea short."

Grabbing the hybrid cloud opportunity with Lenovo and Azure Services
By Tony Yoo
Jun 26 2015
7:45AM