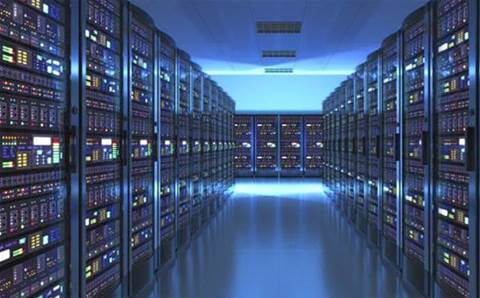 As data centre spending hit a near all-time high of US$41.4 billion in the second quarter of 2020, the industry during the COVID-19 pandemic is a tale of two stories. One is the rapidly growing spending pace of public cloud titans like AWS, Google and Microsoft on data center hardware and software, while enterprise spending on data centers is being hit by COVID-19 and related issues.

“While cloud service providers continue to go from strength to strength, elements of the enterprise market are being dogged by COVID-19 and related issues,” said John Dinsdale, a chief analyst at Synergy Research Group, in an email to CRN USA.

Worldwide spending on data center hardware and software hit US$41.4 billion in the second quarter of 2020, up 7 percent year over year, according to new data by IT market research firm Synergy Research Group.

Although enterprises are slowing down their investment in data centers amidst the coronavirus pandemic, cloud providers are shrugging off the impact of the pandemic and are continuing to invest heavily in their data centers.

“In the middle of a global pandemic, spending on data center infrastructure was almost at an all-time high – second only to the fourth quarter of 2019. That speaks volumes about the continued robust growth in both enterprise and consumer cloud services,” said Dinsdale.

The coronavirus pandemic isn’t slowing down cloud providers like AWS, Google, Oracle and Microsoft spending billions on building and equipping new hyperscale data centers. The total number of large data centers operated by hyperscale providers jumped to 541 at the end of the second quarter of 2020, according to Synergy Research Group. AWS and Google opened the most new data centers in the last 12 months, accounting for over half of the total, followed by Microsoft and Oracle.

Dinsdale said there is also a geographic story behind the second quarter public cloud spending growth. “The US market grew at a good pace in the quarter, but among the larger markets it was China that was the standout performer, jumping almost 35 percent from the second quarter of last year,” he said.

On the enterprise side, Microsoft led data center spending in the second quarter, followed by Dell Technologies, Hewlett Packard Enterprise (HPE), Cisco and VMware. Microsoft features heavily in the rankings due to its position in server operating system (OS) and virtualisation applications.

The main hardware-oriented segments of servers, storage and networking in aggregate accounted for 75 percent of the data center infrastructure market. Virtualization software, cloud management, OS and network security account for the balance.

Dell was the leader in server and storage revenues, while Cisco is dominant in the networking segment, according to Synergy.

Grabbing the hybrid cloud opportunity with Lenovo and Azure Services
By Mark Haranas
Sep 11 2020
6:27AM