Why Robbins got the nod as new Cisco CEO 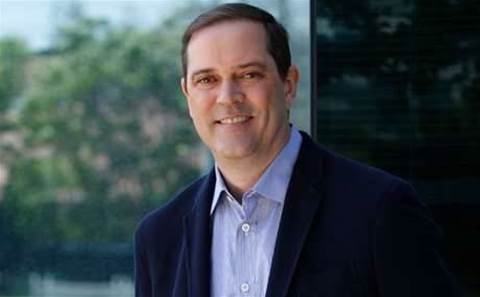 Cisco CEO John Chambers will step aside on 26 July after 20 years of ruling the networking giant.

On Monday US time, the 65-year-old spoke alongside his successor, Chuck Robbins, about the process of handing over the reins, his future and why Robbins was the right person for the job.

Chambers, who will remain on Cisco's board as executive chairman, said he's excited to be Robbins' "coach", but made it clear that Robbins will be making the big calls going forward.

The following are edited excerpts from a conference call with media on Monday.

Why leave the top position after 20 years?

About three years ago, I realised that we had a big opportunity in front of us and that I really wanted to be a part of getting us through that transition, but at the end of that opportunity, it was time to turn the reins over to somebody else.

I feel very fortunate to lead Cisco for the past 20 years - exciting would be an understatement. This is probably one of the most exciting and happy days of my life.

How much control will you still have behind the scenes?

You'll find that [Robbins] will make the changes that need to be made and he will be in charge, make no mistake about it. I'm executive chairman, but Chuck will be the CEO and make the key calls. … [Chuck is] going to be a great leader here. I couldn't be more excited about being [his] coach, and I'm able to do whatever [he] wants as executive chairman, but [he] will be running this company and I know he'll do a great job.

What made Robbins stand out as a CEO candidate?

Chuck is just an execution machine. He takes vision and strategy and can turn it into results. In the complex approach we're about to make, … the coordination across engineering and 18 major product families, across services and sales, he does this extremely well. He doesn't mind disrupting and doesn't mind challenging me and saying, "There's got to be a better way to do these things." 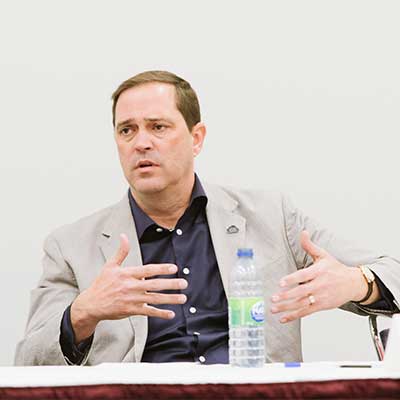 He builds great teams and he's done that on a global basis and led a huge amount of our partnering momentum. When you talk to our partners, they will sing his praises. … I couldn't be more proud about [his] leading us for this next digital revolution. I think we have a very good chance of becoming the No. 1 IT player.

How long has the board been conducting this search?

We started three years ago with the concept, and then 16 months ago the board said, "Are you serious [about planning to retire by 2016]?"

I said, "I'm real serious" and over the last 10 months - Chuck, you've all been heavily involved, you and the other candidates, in terms of the process.

During that time Chuck just pulled away from all of his peers both internal and external, and it was unanimous with the board in our very first straw vote just to see where we were on it.

My job was to get the candidates ready, the board made the decision here and that's so important in terms of having a board that chose the next CEO and [feels] ownership of that. 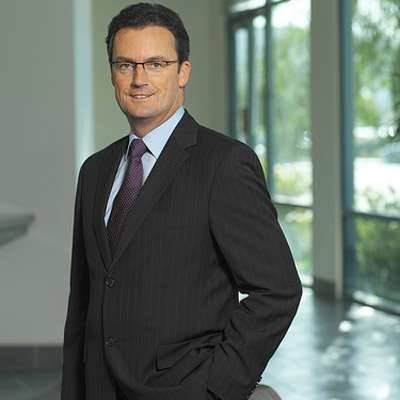 Why did Robbins get the nod over internal candidates such as president of development and sales Rob Lloyd (pictured) or senior vice president of Cisco Services Edzard Overbeek? Will they stay with Cisco?

But what Chuck did so well is, he really showed the characteristics you want out of a CEO - vision and strategy and how do you translate that into execution. So one element you're going to hear again and again that Chuck does amazing well is his ability to prioritise to what has to occur … within Cisco and to get [executive vice president and chief development officer] Pankaj [Patel] out of 18 different product areas, to get the services group, to get the sales group, all pointed the same way. …

Chuck basically makes that process part of his decision, which is so important when your differentiation is bringing these complex architectures together to produce outcomes.

Will there be an opportunity for you to be more active in public service via politics?

What I really will probably do is focus on giving back through corporate social responsibility. I love to teach young people. I'll probably get involved with some boards and startups and grow those.

I'm very excited about what comes next. My wife is my high school sweetheart, so I'll get to spend more time with her for the first time in many, many years, as well as my kids, and I have two grandkids who are just spectacular. I will probably support people in political office, but probably would not get involved myself.

What are you most proud of when you look back at what Cisco has accomplished over the past 20 years with you at the helm?

A couple things come to mind - I think literally changing the world. When we said, [we] would "change the way the world lives, works, learns and plays," many people said, "Yeah right, a router company can't do that" - but I think most people would agree that while we're far from perfect, we've had a huge role in terms of how the Internet has evolved and changed people's lives.

What role has technology innovation played at Cisco during your tenure?

We are an innovation engine.

We've constantly reinvented our product areas and drove the [desire to be] No. 1, No. 2 [in our markets] across the board, then brought them together in architectures. Our peers have not done that, and it's allowed us to have huge differentiation in the market.

How does Cisco's culture define the company?

It's all about our people and culture. Chuck and I both believe in that strongly … our culture of giving back and just doing the right thing, building relationships … that others do not.

[Also] our ability to see market transitions coming and to disrupt the market and at times where we appropriately disrupt ourselves, that takes courage, … and I've very, very proud of how we've done that. ... How [you] handle the setbacks in life determine who we are and Cisco over the years has had four or five major setbacks, and most of our peers, when they had those setbacks, never came back.

Cisco not only came back, we came back in a leadership position, excited, driving it and actually extended our lead.

Cloud application revenue made easy
By Mark Haranas
May 6 2015
1:05AM