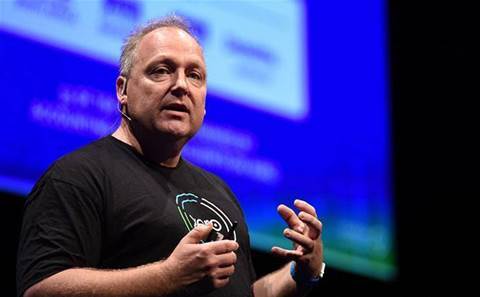 Most companies face a choice between Amazon Web Services, Microsoft Azure and Google for their public cloud consumption. For Xero, the answer has been 'all of the above'.

The New Zealand-born accounting software vendor made a widely publicised migration to AWS that completed last year. For Xero's lean internal IT team this, paradoxically, necessitated a move to Azure.

"When they moved to the AWS platform, we moved to Azure as a strategic decision because we don't want out our internal workforce impacted by any potential problem that our external product might [face]," Andrew Jessett, general manager of IT, told CRN on the sidelines of Okta's conference in Las Vegas.

This was not idle concern – Xero was impacted by the AWS outage earlier this year, causing "a total outage" of Xero.

The migration from incumbent hosting providers Rackspace and Revera to Azure is about 90 percent done, Jessett told CRN.

The only application holding back the full migration is Atlassian's Confluence, said Jessett. "The Atlassian product is great [but] their cloud product – as I understand – is not capable of servicing the number of users we have, although that might have changed."

The internal IT environment being moved to Azure pales in comparison to the scale of Xero's platform migration to AWS, which comprised 700,000 customers, 59 billion records, 3000 apps and 120 databases.

"We have 50 or 60 servers – print servers, infrastructure to manage our desktops, radius authentication for wi-fi access points and we still have a file server sitting at the back. When that goes it will be a good day," Jessett said.

Azure was not a foregone conclusion, though. "We did look at AWS – definitely the consideration but the irony is internally we are more Microsoft-aligned than the platform. We have a heavy Windows fleet, we have Active Directory, we still manage alerts through SCOM [Microsoft System Center Operations Manager] and SSM and those traditional tools.

"We had a slight Microsoft bias even though we are a Google shop, so that was a factor, but the main one was the strategy that we don't want them down at once."

Xero's workforce is scattered across the globe, with the bulk in New Zealand and Australia, but also people in San Francisco, the UK and Singapore.

"It is not an overstatement to say the cloud has been crucial to Xero's success," Jessett said. "We could not have succeeded without it.

"A good example for us in internal IT is San Francisco – we grew so fast we went through three different offices in one year. For us to try to stand that up, to get them up and running fast, we could not have done it without cloud delivery.

"We didn't have that infrastructure we had to worry about. All we had to do was get an internet connection in and away we go," Jessett added.

It runs G Suite along a "smorgasbord" of cloud apps, said Jessett, which include Slack, Workday, NetSuite and LucidChart. This cloud focus allows Jessett's 26-person IT team to support more than 1700 Xero staff across the globe.

Hemming together all of Xero's apps is Okta for single sign-on, using Workday's cloud HR system as the master record for user provisioning. Jessett said it was "a source of pride that we master from Workday fully and have done that for longer than a year".

Xero uses a mixture of Macs and PCs across its fleet, which was a big factor in the original decision to ditch an early version of Office 365 and go Google.

"We moved to Office 365 and that was a learning experience for everyone in the IT team. We were early adopters. At that time Office 365 was a recent release. We were based in New Zealand with people everywhere and I think they hosted us in America. We had a lot of latency issues."

Another issue was the fact Xero is "Mac-heavy" – "we give everyone in any role a choice between a Mac or a PC. In the States we are nearly 100 percent Mac."

Early versions of Microsoft cloud products struggled on Apple devices, Jessett said. "Our Mac users were getting a very poor experience and that filtered to us in term of user satisfaction.

"It was the best decision to go Google. We got it done in about six weeks and never looked back."

The journalist attended Oktane 2017 as a guest of Okta

Eliminating departmental friction within MSPs
By Steven Kiernan
Sep 4 2017
6:45AM