Will Microsoft bring back the Start menu? 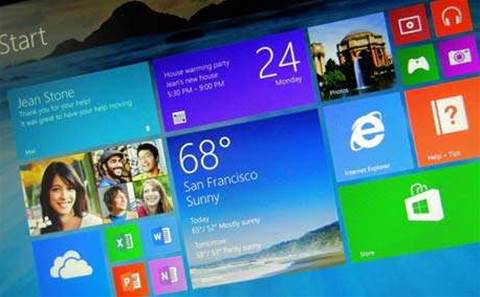 The forthcoming "Threshold" update to Windows may herald the return of the Start menu, according to reports.

Threshold is the codename for the next round of updates to the Windows OS, expected to arrive in Spring 2015 - and it's already being dubbed Windows 8.2, although that's by commentators rather than Microsoft.

According to Windows-watcher Paul Thurrott, Microsoft plans to make the Start menu available as an option in the next version of Windows. The Start menu and button were controversially removed in Windows 8, and while the button returned in Windows 8.1, when clicked it now merely returns the user to the Modern interface.

If the Start menu is resurrected, it may be available only in desktop versions of the OS. Windows expert Mary Jo Foley reports that while continuing to push towards the "One Windows" vision, Microsoft will offer three distinct versions of the OS to suit different roles.

First, there will be a desktop-focused version, for those still using a traditional computer with keyboard and mouse. Second, there will be a Modern-style OS, focusing on apps for tablets, which may be offered for ARM as well as the Intel architecture.

Third, there will be a Windows Phone version, which will essentially merge Windows RT and Phone to work across ARM handsets and tablets.

In addition to those, she said, there will be an enterprise version, with the usual business features, but this may only be available via volume licensing.

Thurrott also cited sources saying that Modern apps will be able to run inside windows on the desktop, letting them act more like standard applications and making it easier to multitask.