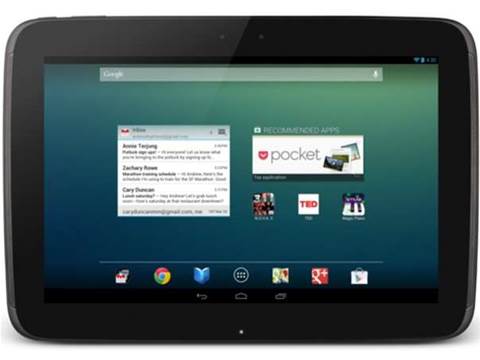 Google's new Nexus 7 tablet has just launched, but Google's not resting on its laurels. Already Sundar Pichai, head of Android, is talking about the forthcoming Nexus 10.

Android 5.0 Key Lime Pie could appear on a new Samsung-manufactured Nexus 10 this October, according to Pichai – which is when the rumour mill predicts the new Nexus phone will arrive. And with the last Nexus 10 launched in November 2012 it fits rather nicely with a yearly refresh.

But now that the Nexus 7 packs in so much power and so very many pixels, will the Nexus 10 tempt you? Especially as the Nexus 7 will get the Key Lime Pie update immediately too.