Will Windows 10 ship with downgrade option to Win7? 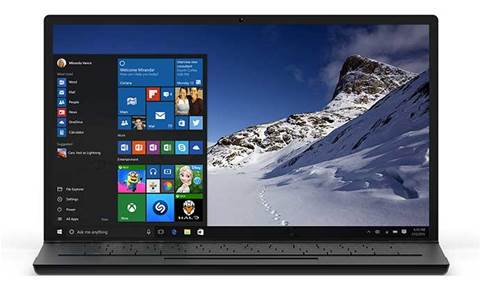 Early reviews of Windows 10 are positive. The operating system that officially launches July 29 is being unofficially called the "Windows We’re-Sorry Edition" after the fiasco that was Vista. But that still doesn't mean partners are not putting the brakes on migrating to Windows 10 out of the gate.

Partners are hoping Microsoft doesn't deviate from its tradition of offering downgrade rights to earlier operating systems as it pushes consumers and businesses hard to adopt Windows 10.

All indications suggest that major PC makers Hewlett-Packard, Dell and Lenovo plan on offering downgrade rights to earlier versions of Windows with some exceptions.

HP business partners also can purchase Windows 10 Pro PCs (preloaded with Windows 10) and choose to downgrade to Windows 7 Pro or Windows 8 Pro at a later time. In that case, it's likely a partner would have to make a special request for the OS media to downgrade to.

End of support for Microsoft's Windows 7 operating system is not until 2020. End of life for Windows 8 is January 2023, according to Microsoft.

Dell said it will ship Windows 7 Pro and Windows 8.1 Pro factory-installed for most Windows 10 system customers, when requested.

Lenovo said if a partner requests downgrades, it will ship ThinkPad, ThinkCentre and ThinkStation systems with a Windows 10 Pro license and a Windows 7 Pro downgrade preload. It also said it anticipated having TopSeller models with both Windows 10 Pro preloads and TopSeller models with the Windows 7 downgrade preload. Lenovo TopSellers are preconfigured systems designed to appeal to the most number of partners for a competitively low price.

While businesses with Pro licenses have extraordinary flexibility when it comes to upgrading and downgrading, all other Windows consumer users and some SMB customers are faced with limited options.

Eliminating departmental friction within MSPs
By Tom Spring
Jul 15 2015
7:13AM