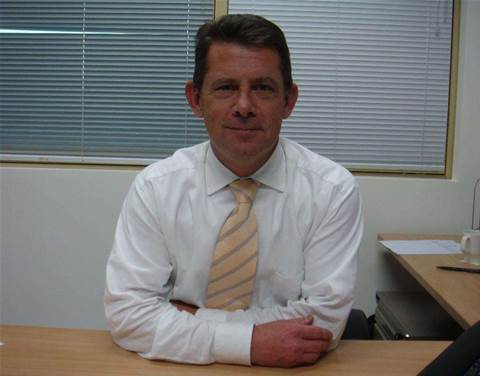 Williams (pictured) returns to PMP two years after resigning as head of the company's Victorian print division. He originally joined PMP in 1990.

"I have a great deal of respect for Richard," Williams said. "He asked me to come back and I agreed."

"Richard Allely is absolutely on the right track and I am happy to be back."

Allely was equally full of praise for his new charge.

"Andrew Williams understands the printing and distribution industry and the need to transform PMP into a streamlined, dynamic and customer-focused organisation," said Allely. "Bringing him back will help to restore the experience and depth of knowledge that was lost in recent years.

"With Andrew's help, PMP will emerge stronger, more efficient and better able to partner with its customers into the future."

Alley also said that full details of the company's "transformation plan" - which was first mentioned to ProPrint at last month's PacPrint - will be revealed later this month.

Williams, who will be based in Melbourne, says his first priority will be to re-establish PMP's rapport with clients. He faces a difficult task, with PMP's Distribution wing facing widespread criticism during the past year from former clients.

"This industry is an integral part of the commercial life of Australia," Williams said. "When we deliver, our client's cash registers ring but we need to understand our customers."

PMP has seen great change since the start of this year, with Brian Evans' sudden departure from the head position, followed by Allely's appointment to the role, and a series of job cuts and executive reshuffles.

Eliminating departmental friction within MSPs
By Daniel Fitzgerald
Jun 17 2009
11:56AM