Windows 10 Mobile has a catch 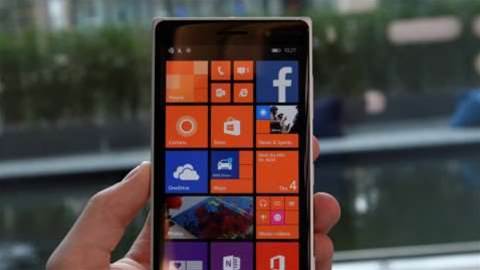 If you own a Windows-powered phone with 4GB of internal storage, it's unlikely that you will get the upcoming Windows 10 Mobile software update.

Microsoft has previously announced a list of Lumia devices eligible for the update, but it has now emerged that older devices with less than 8GB of storage will be sidelined when Windows 10 Mobile comes around.

This is true even if users add extra storage via a microSD slot – it appears the OS requires 8GB of storage on the device itself.

We've asked Windows for clarification on why bolstering 4GB internal storage with a microSD card is insufficient for Windows 10 Mobile, but we are yet to receive a response.

While most new devices won't have a problem with the limitation on internal storage, a small number of handsets will likely be affected. These include the Nokia Lumia 530, the Kazam Thunder 450W, the Celkon Win 400 and the Yezz Billy 4.

When iOS 8 launched last year, it caused controversy by requiring 5GB of free storage, even though the update files took up less than 1GB of space. (Apparently iOS 9 will require far less internal storage than iOS 8.)

However, since Windows releases far fewer updates than Apple, it's not entirely unreasonable for Windows 10 Mobile to demand ample internal storage to complete the install.

Windows 10 Mobile will boast a number of enticing features, including an improved Action Centre, tweaked versions of Office and Outlook and a snazzy user interface.

There's no news yet about the release date, but Windows 10 for desktop came out 28 July. We're fond of it – despite the privacy issues.