Windows 10: the biggest bugs and annoyances 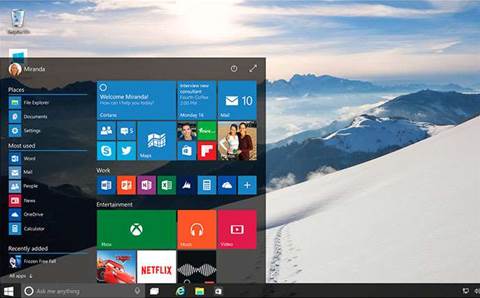 It's been 50 days since Windows 10 was released to mostly praise by industry experts and partners.

As far as bugs and headaches go, Microsoft wins high marks when it comes to squashing them as soon as they surface. But no one is perfect. As with any new hardware/software release, there are going to be problems.

For Windows 10, most annoyances concern Microsoft's transparency around automatic updates. In the bug department, Windows 10 users are complaining about flickering screens, wayward wi-fi and the familiar Blue Screen of Death.

Here is a roundup of Windows 10's most common annoyances and bugs.

With Windows 10, Microsoft is taking a new approach to delivering OS updates. With previous OS updates to Windows 8.1 and Windows 7, Microsoft provided more complete details about which OS software updates were being delivered. With Windows 10, IT managers are livid about the lack of transparency and demanding Microsoft offer more detailed knowledge base articles that document the contents of Windows 10 updates.

Since Windows 10's launch, Microsoft has only provided limited descriptions of OS updates offering bug fix descriptions. A September update for Windows 10 offered this for a description: "This update makes improvements to ease the upgrade experience to Windows 10."

"Microsoft has managed to release an excellent new version of Windows, yet has managed to shoot themselves three times in the foot," wrote a user named GoneToPlaid. The poster's chief gripe was "the lack of information about Windows 10 updates and the lack of any ability to disable certain updates or control when updates are installed."

Wi-Fi problems are impacting Dell, Hewlett-Packard and Lenovo, according to support pages hosted by each of the PC makers.

Dell users report that some XPS laptops upgraded from Windows 8.1 to Windows 10 are having post-upgrade Wi-Fi problems. The Dell support forum posts say after the upgrade their Wi-Fi went on the fritz. Fixes vary, based on PC model, but most require users to revert back to the previous network adapter driver or update to a new one.

A common Lenovo upgrade error, according to the PC maker, is no Wi-Fi after upgrading to Windows 10. Lenovo's fix includes either editing Windows 10 registry or downloading a Microsoft automatic fix.

While there is no official fix, some are finding a temporary fix by uninstalling the current version of Chrome and then downloading an earlier (crash-free) version of the browser from a site such as FileHippo.

For those who have upgraded to Windows 10 or have a new PC running the OS, Microsoft's Edge browser is now the default browser, PDF reader and Cortana's window to the Web. To change the default PDF reader to a more fully featured Adobe Reader (or anything else), users must first download their reader of choice from the Windows Store. Next, go to Control Panel->Programs->Default Programs->Set your default Programs.

To change the browser default used with Cortana, users must go to the Start menu and type "default app settings." Then they can scroll down and find Microsoft Edge and change it to the browser of choice.

Next: more bugs and annooyances