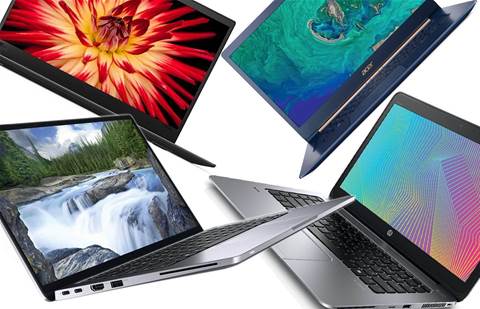 Analyst firms Gartner and IDC have both found worldwide PC shipments grew in the second quarter of 2019, driven by demand to update to Windows 10.

Both agreed the growth was fueled by the early 2020 end of support for Windows 7, plus an improvement in the supply of Intel processors.

“There are signs that the Intel CPU shortage is easing, which has been an ongoing impact to the market for the past 18 months,” Kitagawa said.

“The shortage mainly impacted small and midsize vendors as large vendors took advantage and continued to grow, taking market share away from the smaller vendors that struggled to secure CPUs.”

IDC Mobile Device Trackers research manager Jitesh Ubrani had similar sentiments, while adding that the threat of increased tariffs led some PC makers to ship a surplus of desktops and notebooks and artificially propping up the PC market during the period.

On the topic of tariffs, Kitagawa said their potential imposition and the ongoing US-China trade dispute generated some uncertainty in the near-term.

“Most laptops and tablets are currently manufactured in China and sales of these devices in the US could face significant price increases if the punitive tariffs are imposed and vendors do not take quick action to respond,” Kitagawa added.

On the numbers for Asia-Pacific, Gartner found shipments were down one percent from 2018, while IDC said the region grew modestly. Both however agreed that a weak China market affected the shipments, although was offset by growth in Australia and New Zealand.

On a per-company basis, IDC and Gartner both found Lenovo had the largest market share for the period at 25 percent with 16 million units shipped.

Last year’s leader HP finished second due to strong showings in the US, Japan and EMEA, with Dell, Apple and Acer rounding out the top five.

7 steps to MSP success: from pricing to specialisation
By Nico Arboleda
Jul 15 2019
6:00AM