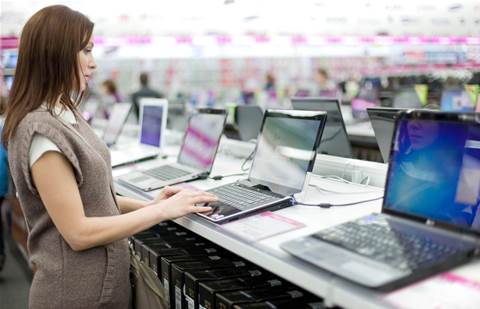 Worldwide PC shipments grew in the third quarter of 2019 thanks in part to the ramping up of Windows 10 upgrades as Windows 7’s end-of-life nears, according to market research firms Gartner, IDC and Canalys.

On a per-vendor basis, all three agreed that Lenovo had the most shipments, followed by HP, Dell, Apple and Acer. Gartner also included ASUS in sixth place.

Other factors contributed to the increases were also detailed, like the ongoing US-China trade tensions, Intel’s CPU shortages, and the coming holiday season.

IDC in particular said the growth came in spite of the ongoing US-China trade tensions, with manufacturers changing their supply chain and moving production to other countries in Asia, like Taiwan and Vietnam.

"With higher tariffs on the horizon PC makers once again began to push additional inventory during the quarter though the process was a bit more difficult as many faced supply constraints from Intel, leaving AMD with more room to grow," IDC research manager for Mobile Device Trackers Jitesh Ubrani said.

Gartner took notice of the Intel CPU shortage, where rival vendors AMD and Qualcomm have stepped up to reposition their processors in the PC market. Microsoft recently teamed up with Microsoft to promote its LTE-equipped “always connected” PCs, and other vendors have also started releasing mobile PCs with built-in cellular antennas.

“Neither the Intel CPU shortage nor the US-China trade war had a significant impact on PC shipments in the third quarter of 2019,” Gartner senior principal research analyst Mikako Kitagawa said.

“The Intel CPU shortage has continued to ease, and U.S. tariffs on China-built mobile PCs had a minimal impact on PC shipments as the date for the potential increase in tariffs was pushed out to December 2019.”

Despite its findings showing the most year-on-year growth, Canalys is more pessimistic about the future of PC shipment growth, warning that it was just a short-term boost, where the effects could wear off as early as Q1 2020.

“The PC market high is refreshing. However, there is a limit to how quickly leading vendors can ramp production,” Canalys research director of mobility services Rushabh Doshi said.

“Intel remains a key bottleneck, with pressure on its 14nm CPU supply not likely to see improvement until Q1 2020.”

In the Australian market meanwhile, local firm Telsyte released a related report asserting that 2-in-1s devices will dominate local tablet sales. While overall tablet sales are expected to decline, the 2-in-1 form factor is expected to grow with the new official-keyboard-optional Apple iPads looking to take market share from Microsoft and its Surface range.

“The slate-only format is rapidly being replaced by 2-in-1s as Australians seek to replace older laptops and tablets with converged touchscreen devices with keyboards,” Telsyte senior analyst Alvin Lee said.