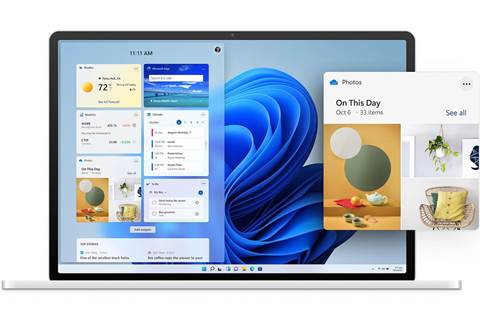 Microsoft announced Wednesday that upgrades to Windows 11 for eligible PCs will begin to become available October 5, ahead of the timeframe that the company had previously given for the operating system.

On that day, Windows 11 will be available as a free upgrade for eligible Windows 10 PCs, Microsoft said.

The eligibility criteria includes meeting several hardware requirements, including having a TPM 2.0 security chip and a processor from Intel’s eighth-generation and newer (with just a few exceptions), or AMD’s Zen 2 series and up.

The hardware requirements are expected to limit Windows 11 to PCs released in just the past few years, making a significant number of PCs unable to install the new operating system.

For Windows 11 upgrades, Microsoft said in a blog post that the upgrades “will be phased and measured with a focus on quality.”

“Following the tremendous learnings from Windows 10, we want to make sure we’re providing you with the best possible experience. That means new eligible devices will be offered the upgrade first,” Microsoft said in the post.

From there, Windows 11 upgrades will “roll out over time to in-market devices based on intelligence models that consider hardware eligibility, reliability metrics, age of device and other factors that impact the upgrade experience,” the company said.

Microsoft anticipates that “all eligible devices” will be provided with the chance to get the free Windows 11 upgrade by mid-2022.

In its post, Microsoft pointed to PCs from Acer, Asus, Dell, HP Inc., Lenovo and Samsung that will be available with Windows 11 – as well as Microsoft’s own Surface Laptop 4.

Major updates in Windows 11 will include a direct integration of the Teams collaboration app into the operating system, stronger security requirements – including the requirement for TPM 2.0 – and enhancements for hybrid work including snap layouts for easier organisation of windows.

Microsoft has said that Windows 10 will be supported until October 14, 2025.

Eliminating departmental friction within MSPs
By Kyle Alspach
Sep 1 2021
6:55AM