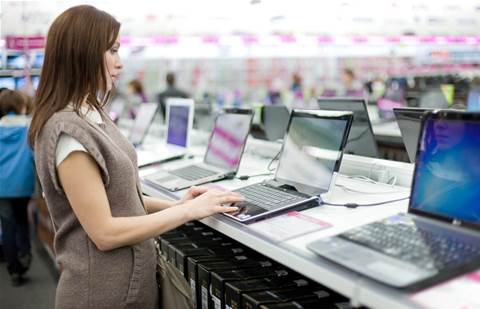 Microsoft officially ends its support for Windows 7 today, which helped give global PC shipments a significant boost towards the end of 2019.

Research from Gartner and IDC revealed that worldwide shipments for traditional PCs have beat estimates in Q4 2019 as well as for the whole year.

For the whole year, shipments grew 2.7 percent from 2018, the first time PC shipments had a full year of growth since 2011.

Gartner meanwhile said shipments in Q4 2019 were up 2.3 percent to 70.6 million units, while shipments for the whole year grew 0.6 percent year-over-year to 261 million units.

On a per-vendor basis, both Gartner and IDC agreed that Lenovo, HP Inc. and Dell remained the three leaders for the period, driven by higher demand for business-focused units.

Apart from those upgrading to Windows 10, the growth in shipments was aided by easing trade tensions and the increased adoption of AMD CPUs amid chip shortages from Intel. Gartner senior principal analyst Mikako Kitagawa said if not for the chip shortages, shipments would have grown even faster.

“The PC market’s [growth] … was driven by vibrant business demand for Windows 10 upgrades, particularly in the US, EMEA and Japan,” Kitagawa said.

“We expect this growth to continue through this year even after Windows 7 support comes to an end this month, as many businesses in emerging regions such as China, Eurasia and the emerging Asia/Pacific have not yet upgraded.”

Meanwhile IDC research manager Jitesh Ubrani said the growth was merely a blip, and the PC market will struggle again in the coming months.

"Despite the positivity surrounding 2019, the next twelve to eighteen months will be challenging for traditional PCs as the majority of Windows 10 upgrades will be in the rearview mirror and lingering concerns around component shortages and trade negotiations get ironed out," Ubrani said.

"Although new technologies such as 5G and dual- and folding-screen devices along with an uptake in gaming PCs will provide an uplift, these will take some time to coalesce."

Grabbing the hybrid cloud opportunity with Lenovo and Azure Services
By Nico Arboleda
Jan 15 2020
11:33AM