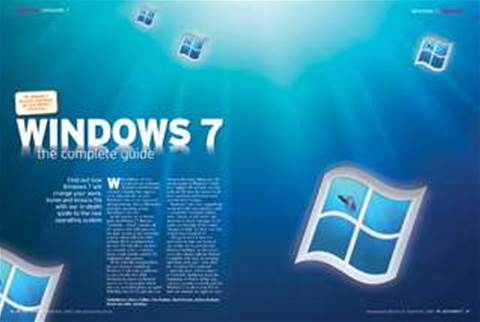 The transition from Windows XP to Windows 7 is accelerating and, at current rates, Windows 7 should become the dominant edition of Windows sometime around March or April.

Windows XP accounted for 46.5 percent of all desktop operating systems in use worldwide in December 2011, down from 48.9 percent in November, according to statistics released this week by Net Applications, a provider of usage share statistics for Internet technologies.

The percentage of PCs running Windows XP has been steadily declining by one or two points every month.

The share of PCs running Windows 7, meanwhile, has been steadily increasing -- also by one or two percentage points a month -- and now runs on 37 percent of all desktop and laptop computers. That's up from 34.6 percent in November.

Windows overall (including Windows Vista's 8.4 percent) continues to dominate, running on almost 92 percent of all desktop and laptop computers, according to Net Applications. Mac OS accounts for another 5 percent, with Linux and others making up the rest.

All this comes just weeks before the expected beta of Windows 8, the next generation of the Windows OS that is officially in "developer preview" mode right now. Windows 8 is widely expected to be generally available later this year, likely sometime in the fall timeframe.