Windows 7 is nearing end-of-life, here's what you need to know 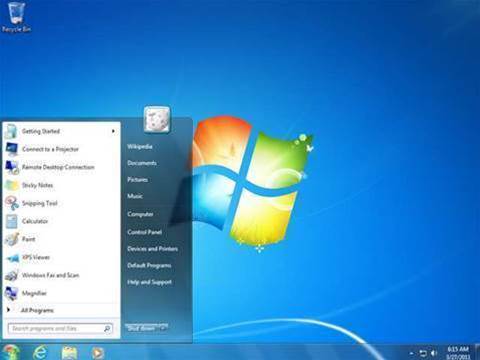 The end is near for Windows 7, even as it remains in widespread use across the business world.

Microsoft has been pushing for businesses to migrate to Windows 10 for years, of course, but a variety of factors have kept Windows 7 in place for large numbers of companies. The Windows 7 end-of-life deadline could be the tipping point, however. Microsoft's end of support date for Windows 7 is now less than a year away, set for 14 January, 2020.

What follows is our list of the top seven things to know about Windows 7 end-of-life.

Security is the main benefit of migrating

Other security enhancements available in Windows 10, but not in Windows 7, include Windows Hello facial recognition for authentication; two-factor authentication via Microsoft Passport; and Windows Defender Credential Guard to ensure that only privileged system software can access credentials.

One of the biggest adjustments for businesses moving from Windows 7 to Windows 10 is the accelerated cadence of new update rollouts, via the arrival of the "Windows as a Service" era. Unlike Windows 7, Windows 10 gets a new version released every six months—and each version has a limited support lifespan of monthly updates from Microsoft. For instance, Windows 10 Pro—which is used by many SMBs—is only supported by Microsoft for 18 months.

Meaning, IT organisations must prepare to update their PC fleets at least every 18 months on Windows 10, a requirement that many IT departments and solution providers view as burdensome. Organisations running Windows 10 Enterprise and Windows 10 Education receive a longer support lifespan—30 months—for the Windows 10 fall feature updates. But they still get just 18 months for Windows 10 spring feature updates. Either way, Windows as a Service marks a massive change for businesses that have been running Windows 7 for many years.

App compatibility issues have dogged some users with upgrading to Windows 10, especially for users with older machines. Some small businesses avoid Windows 10 or downgrade back to Windows 7 because of incompatibilities with their line-of-business applications. Issues such as these are being taken seriously at Microsoft, according to the company.

"We’ve heard loud and clear that one of the most important considerations for shifting to a modern desktop is application compatibility," wrote Brad Anderson, corporate vice president for Microsoft 365, in a blog post. Microsoft has "done a massive amount of work" to ensure that Windows 10 is a compatible upgrade, Anderson wrote. That has included launching Microsoft's Desktop App Assure program, which provides free assistance with app compatibility remediation, on a global basis in January.

As mentioned, Microsoft isn't completely pulling the plug on Windows 7 as of 14 January, 2020. Businesses can still get security updates for their Windows 7 PCs past that deadline in two different ways—either through Microsoft's Extended Support offering, or by adopting the forthcoming Windows Virtual Desktop solution.

However, you'll have to pay somewhere if you want to stay on Windows 7. Users could either pay for Extended Support, or pay for VDI—Windows Virtual Desktop delivered on Azure.

In September, Microsoft disclosed that it will continue to offer security updates for Windows 7, but for a fee. "We understand that everyone is at a different point in the upgrade process," wrote Jared Spataro, corporate vice president for Microsoft 365, in a blog post. Those updates will delay the inevitable upgrade to Windows 10 for three more years, with Microsoft pledging to offer Windows 7 security support through January of 2023.

An alternative Windows 7 support option that Microsoft is providing, Windows Virtual Desktop, has yet to become generally available, but presumably will be available prior to the end of Windows 7 support in January 2020. That's because Microsoft is openly promoting the new Windows Virtual Desktop offering—a virtualised version of Windows that runs on Microsoft's Azure cloud platform—as a way for businesses to stay on Windows 7 and still get security support.

And while Windows Virtual Desktop will come with a cost associated, the Windows 7 support itself won't add to the cost, Microsoft has said. Windows Virtual Desktop is "the only service to provide Windows 7 virtual desktop with free Extended Security Updates, giving you more options to support legacy apps while you transition to Windows 10," Microsoft executives wrote in a blog post.

Time for a hardware refresh?

For businesses running Windows 7 and planning to migrate to Windows 10 in the near future, there may be more to consider than just the migration itself. Microsoft, and many solution providers, contend that it's not wise to try to upgrade existing Windows 7 PCs to Windows 10, as many older PCs may not perform as well with the higher requirements of Windows 10.

A hardware refresh, of course, will only add to the complexity of moving to Windows 10—especially if you are a larger business with many users. On paper, at least, the requirements for installing Windows 10 Pro are not onerous; among them are a processor with a clock speed of at least 1 GHz, at least 1 GB of RAM and up to 20 GB of free hard drive space.