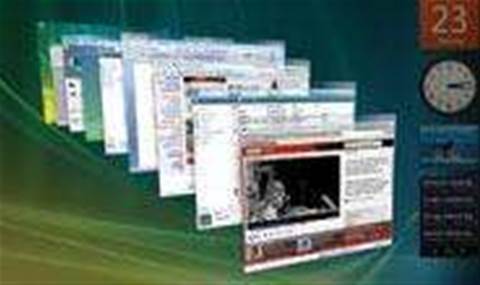 Just a year ago, severe discussion was going on after Microsoft’s Eric Traut’s presentation of a “shrunken” Windows kernel (at the time dubbed MinWin).

The purpose of the demo wasn’t to show off the Windows 7 kernel, but Microsoft’s Virtualisation tech.

However, a video post on istartedsomething.com sparked what is likely the longest list of flames on record due to the size of the MinWin kernel.

Fast-forward one whole year: Windows 7 pre-Beta is available to developers (and whoever has an Internet connection). Microsoft was literally giving it away at the PDC2008 this week and people couldn’t get enough of it. Slotting the DVDs into everything they could so they could subtract some wisdom from Microsoft’s engineering skills and gain some insight into Microsoft’s next big OS.

Following Microsoft’s claims that 7 ran well on a Lenovo S10 netbook, Joanna Stern at Laptop Mag stuck the OS on an EeePC 1000H and *shazam*... it installed. Well, not only did it install but it seems like it actually runs quite well under the future OS.

As it happens, 7 is a bit lighter than Vista, sucking up just under 512MB of RAM for itself – and never mind Joanna installing some XP drivers to get it going (you can read a bit into that, actually).

The Vista feel is there, but there are a few new features that benefit UMPCs to a point, like the new and improved Network Manager. She was comfortable enough to use it but not to keep it right now. It is, after all, a pre-Beta (with an expiry date most likely).

There are too many question marks surrounding Windows 7 for anyone to get into the particulars, but considering many Linux distros have been stripped down and optimised for UMPCs, we could wonder when Microsoft will look at a Windows 7 UMPC Edition.

One thing that does look like a definite “yes” in Microsoft’s play book is the (unnecessary) parting of 32- and 64-bit versions. I can go out right now and pick up 4GB of DDR2-800 for about US$70, so what’s the point?

Anyway, we’ll have a go at it soon enough, just stay tuned.
Got a news tip for our journalists? Share it with us anonymously here.