Windows 8 boot: too fast for own good 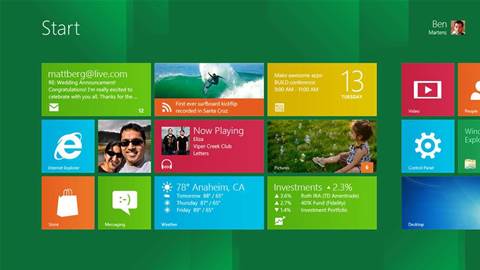 According to the latest Building Windows 8 blog post, the next iteration of Microsoft's Windows OS will have the fastest boot time ever - nearly too fast for its own good.

"When you turn on a Windows 8 PC, there’s no longer long enough to detect keystrokes like F2 or F8, much less time to read a message such as "Press F2 for Setup", explains Windows 8 User Experience program manager, Chris Clark.

"For the first time in decades, you will no longer be able to interrupt boot and tell your PC to do anything different than what it was already expecting to do."

“We have SSD-based UEFI systems where the “F8 window” is always less than 200 milliseconds," explains Clark. "No matter how fast your fingers are, there is no way to reliably catch a 200 millisecond event.”

The Windows 8 development team have addressed this problem via the new Boot Options menu. This combines all boot options and commands under one catch-all window.

"The core vision behind the boot options menu is to create a single place for every option that affects the startup behavior of the Windows 8 PC," Clark said.

It will include everything from troubleshooting tools to methods for accessing the firmware’s BIOS setup and the choice of booting to alternate devices such as USB drives.

According to Clark: "Instead of these menus and options being 'interrupt-driven', they are triggered in an intentional way that is much easier to accomplish successfully." 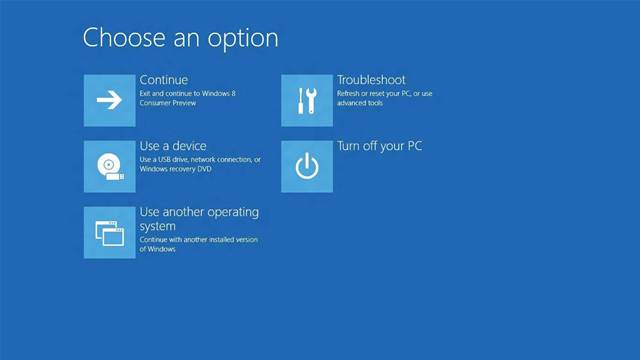 The Windows 8 Boot Options menu will carry across the same icon-based, visual approach of the Windows 8 desktop interface. Touch interaction will also be supported. This is sure to raise a few eyebrows with people used to black and white BIOS screens.