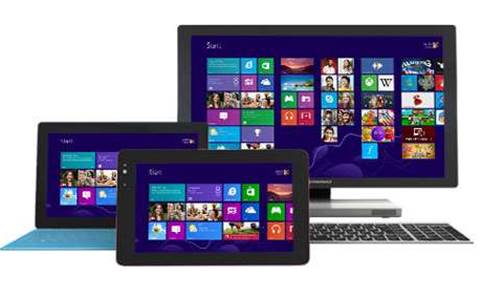 Windows XP, with support set to end on 8 April, 2014, has stubbornly maintained its market share position of 31 percent during September, October and November, according to Net Applications. However, since January, Windows XP usage dropped from 39.5 percent to 31.2 percent in November, an 8.3 percent decline.

Net Applications market share numbers come as OEMs and their partners have been stepping up a campaign to convince XP users to upgrade to Windows 7 or 8.1 as the deadline for support of the OS by Microsoft is set to sunset this April.

Once Windows XP is not supported by Microsoft the OS will no longer receive critical security updates, leaving gaping holes for attackers to gain access to sensitive files. Businesses slow to migrate to Windows 7 or Windows 8 could be strapped with implementing costly security measures, and consumers could be exposing themselves to data thieves and other activity.

Dell launched an OS migration tool in early October. Hewlett-Packard ramped up an XP-to-Windows 7 migration push in the summer.