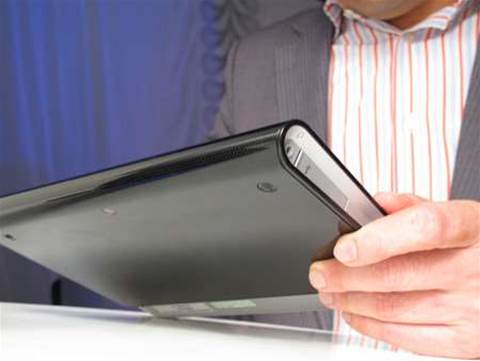 Analyst firm NPD has predicted that Microsoft's Windows 8 on ARM - dubbed WinRT- devices will remain a minor force in the booming tablet market though to 2017.

Windows 8 Intel tablets will be overshadowed by its Windows RT (Run Time) tablets, according to NPD, but WinRT's share of the total tablet market will grow from 1.5 percent in 2012 to just 7.5 percent by 2017, NPD reported Thursday. 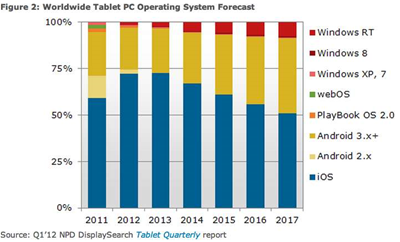 It predicts Apple’s iOS tablet market share will fall from 72 percent this year to 51 percent in 2017, while Android’s share will rise from 22 percent to 40 percent.

NPD’s expectations for the category as a whole are just as bullish as Gartner’s earlier report, but both firms see Windows 8 remaining a small player in the tablet market.

Gartner’s figures did not detail Windows RT market share. However, it predicts Windows 8 tablets market share will grow from 4.1 per cent in 2012 to 11.8 per cent by the end of 2016.

Still, the figures were released as rumours swirl that Nokia will deliver a Window 8 tablet in 2012, while Microsoft's plans with the Nook remain unclear.

Both forecasts followed analyst firm Forrester commenting late last year that Microsoft had “missed the peak of consumer desire” for the tablet.

Gartner analysts agreed Windows 8 on tablets would not capture consumers attention, but would likely find a home in the enterprise where IT departments could deploy a familiar operating system.

Eliminating departmental friction within MSPs
By Liam Tung
May 4 2012
7:31AM