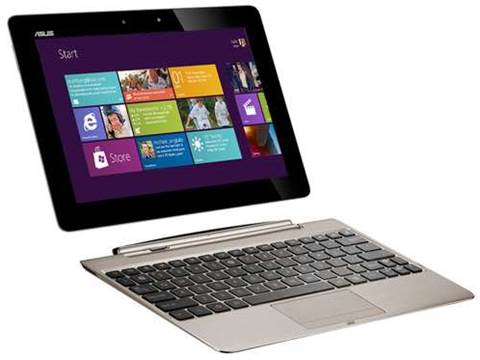 We've long dreamt of combining the full power of Windows 8 with the sleek hybrid design of devices like the Asus Transformer Prime, and now an Intel source has confirmed we can expect to see such hybrid devices out later this year, if all goes well.

We were told that these new devices will be powered by Intel's very own Clover Trail Atom processors, superseding the recently announced Intel Medfield mobile phone processors which are beginning to trickle out in devices like the Orange Santa Clara.

The tantalising possibility of dual-booting Android 5.0 Jelly Bean with Windows 8 in a Transformer Prime-like device will certainly be in the back of our minds during Apple's iPad 3 launch event tomorrow. Decisions decisions...

Grab the MSP security opportunity
By Esat Dedezade
Mar 7 2012
8:31AM