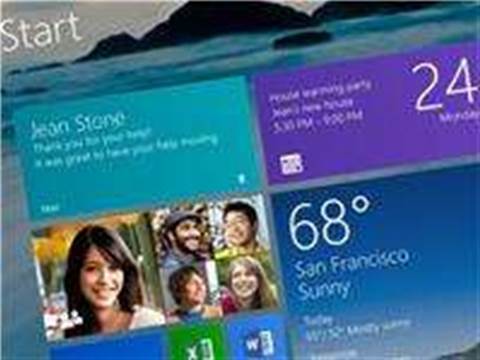 Microsoft has released the Windows 8.1 Enterprise preview, which includes features for security, management and virtualistion.

Many of the features have been previously announced, but didn't make it into the first Windows 8.1 preview.

That includes the Windows To Go creator, which lets admins create a Windows 8.1 desktop on a USB drive, as well as AppLocker, which restricts which files and apps can run on a device.

It also includes DirectAccess, which allows users to access resources over a corporate access without firing up a separate VPN. Microsoft's Virtual Desktop Infrastructure also arrives in the preview, as does Windows Enterprise Side-Loading for apps, and controls for the Start screen, to let companies keep a consistent layout across all their devices.

Microsoft also pointed out that Windows 8.1 will have the same lifecycle policy as Windows 8, with support ending in October 2023.

The preview version expires on 14 January 2014.

If you do try out the enterprise version, Microsoft warned that it's won't be possible to upgrade to the final version of Windows 8.1. "Personal data will be kept on your test computer, but the Windows OS and your applications will need to be reinstalled when moving from the preview to production bits," it said.