Windows 8.1 to reach OEMs in August 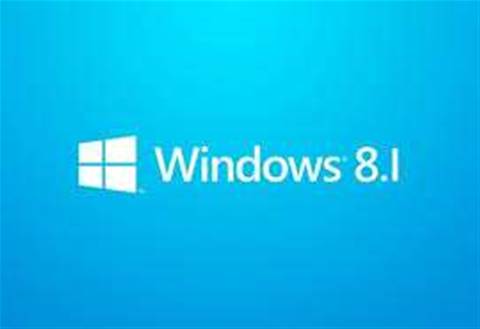 System builders found out this week that late August is when Microsoft will release Windows 8.1 RTM, allowing them to prep systems in time for the holiday. For VARs, the news couldn't come sooner, giving them a chance to tap into the lucrative holiday buying season and hopefully give customers a reason to take another look at Windows 8.

Does Windows 8.1 offer enough to convince channel doubters? Some system builders are hopeful new features and the timing of the release will add up to new sales this fall.

The update was announced Monday at Microsoft's Worldwide Partners Conference by Tami Reller, corporate vice president and chief marketing officer for Windows. Consumers will get the update on Oct. 25, but the release will miss the back-to-school sales opportunity for system builders.

Microsoft hopes to mollify a partner backlash over Windows 8 and the operating system's radical touch-centric overhaul with its Windows 8.1 update. VARs have had a tough time with Windows 8 and in some cases have been busier replacing Windows 8 with Windows 7, instead of selling it.

"Windows 8.1 is what Microsoft needs to move the needle with Windows," said Todd Swank, senior director of product marketing for Equus, a white box system builder based in the US.

Swank says he is cautiously optimistic about Windows 8.1 with its new Start Button, ability to boot to desktop, and BYOD device manageability options for the enterprise. But, Swank said, almost a year after the launch of Windows 8, the time is finally right for sales to take off.

"When Windows 8 launched, there was no hardware to support all the new features in the OS," Swank said. Fast forward to the August release of 8.1 and an army of devices such as convertible PCs, tablets and touch-centric entertainment PCs now make Windows 8 the perfect OS for a wide range of new devices, he said.

Vendors are also counting on the sizeable number of Windows XP holdouts who will lose Microsoft support for the XP on April 2014. At her keynote at Microsoft's Worldwide Partners Conference, Reller reminded attendees there were only 273 days away from the end of Windows XP support.

But even with Microsoft's 8.1 course-correction for its oft maligned touch-friendly operating system, VARs are still not in lockstep with Microsoft's big Windows 8 push. Hewlett-Packard is still not ready to embrace an XP-to-Windows 8 migration path. HP CEO Meg Whitman is pushing Windows 7, not Windows 8, as the primary platform for businesses migrate to from XP .

For VARs like Swank, they are just happy to put the troubled launch of Windows 8 in their rear-view mirror. "It's sad we'll miss back to school with Windows 8.1, but it's always better to get it right than get it quick."

Grow your software revenue by selling these 5 affordable, essential tools for the modern workplace
By Tom Spring,
Jul 10 2013
8:22AM