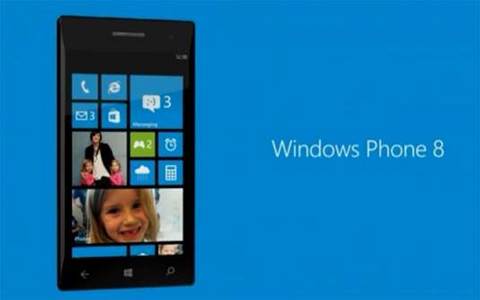 Following the global launch of the mobile version of its Windows 8 operating system this morning, Windows Phone 8, Microsoft’s OEM partners have announced local pricing for handsets running the new OS.

Smartphones from Nokia, Samsung and HTC will hit the local market from November onwards.

Both are compatible with local 4G networks, currently offered by Telstra and Optus. Vodafone will launch its own LTE network next year.

The flagship Lumia 920 is Nokia’s attempt to catch up to market leaders Apple and Android, but it got a negative reception upon launch from analysts who felt it lacked a ‘wow’ factor.

The selling point of the 920 is its rounded edges and colourful design, as well wireless charging and PureView imaging technology. The mid-range 820 is similar in design but offers an exchangeable shell.

The higher-end Lumia 920 touts a 4.5-inch curved glass display, runs on a 1.5GHz Qualcomm Snapdragon S4 processor and was dubbed by Nokia as the "flagship" Windows Phone 8 device.

HTC’s flagship 8X and its sister 8S bear a striking similarity to its rival Lumias, with a similar curved design and range of bright covers.

The devices have been marketed as the “signature” Windows Phone 8 smartphones by Microsoft. The top of the range 8X is clad in a polycarbonate shell with a 4.3-inch 1280 x 720 Super LCD screen, 1.5GHz dual-core processor, 1GB of RAM, 16GB of storage, NFC, and front and rear cameras, the latter of which is 8MP.

The lower-end 8S has a plastic body with a 4-inch WVGA screen and Corning Gorilla Glass, a dual-core 1GHz chip, 512MB of RAM, a 5MP camera with 720p HD video on the back but no camera on the front, and 4GB of built-in storage with the able to boost to 32GB via the microSD slot.

Samsung was the first to jump on the Windows Phone 8 bandwagon with its Ativ S smartphone. The smartphone is one of a range of products marketed under the Ativ banner, all optimised for Microsoft’s new operating system.

The Ativ S will be available in early December through Optus exclusively, and will also be available to purchase outright from Samsung’s experience centre and major retailers for $799, including Harvey Norman which is currently offering pre-orders for the phone.

The Ativ S touts a 4.8in HD Super AMOLED display with a curved design and a raised Windows button. Other specs include a 1.5Ghz dual-core processor, 1GB of onboard RAM, and an 8MP autofocus rear camera and 1.9MP front-facing camera. Storage capacities are 16GB or 32GB.

Microsoft has shifted from a per-device to a per-user licensing model with Windows 8.

As part of its push into the BYOD phenomenon, Microsoft is marketing Windows 8 as a one-size-fits-all solution for workers to access corporate desktops on their mobile devices.

The new companion subscription license (CSL) provides a single license for up to four devices per user, rather than individual licenses for each companion device. Microsoft requires the user’s work PC to be licensed with Software Assurance.

The CSL is an optional add-on to Windows 8. Without the license, users would simply be using the OEM version of the OS bundled with the smartphone.

Devices covered under the CSL, Software Assurance and Windows VDA are also licensed to run Windows To Go - a new feature of Windows 8 which is essentially the operating system in a USB stick.

Another element of its BYOD push, Windows To Go lets users boot the OS from any PC running Windows 7 or Windows 8 from a compatible USB device.