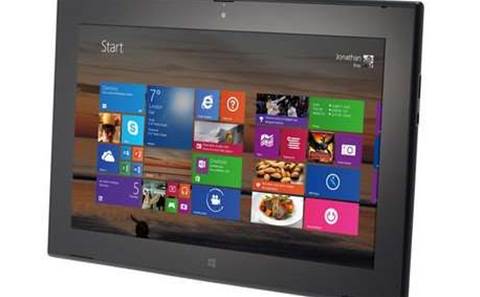 Microsoft is considering making Windows RT and Windows Phone free to manufacturers, since it looks to encourage them to use it over Android.

That's according to a report from The Verge, which said sources revealed that president of operating systems, Terry Myerson, was considering the plan.

Currently, manufacturers must pay Microsoft to use Windows RT or Windows Phone on a tablet or handset, while the more popular Android OS is handed out by Android for free.

Now that Microsoft has bought Nokia's mobile business, it won't be earning licensing fees from the Lumia line – which makes up the majority of Windows Phone smartphones on the market. Plus, stalled sales of Windows RT tablets have left it shipping only a handful of devices, notably the Microsoft Surface 2 and Nokia 2520.

Making both OSes free might help to boost revenue in areas such as Bing and the Windows Store, but would have little impact on Microsoft's bottom line, since the company won't be making significant licensing revenue from either product - indeed, any licensing payments it was earning from Nokia were already eaten up by "platform support" payments to the firm.

If Myerson does go ahead with these plans, the free versions would come in Spring 2015 alongside the Threshold update to the various Windows OSes, The Verge noted.

The report comes as an analyst has called for Microsoft to make the standard version of Windows 8 free, to help boost its market share.

Nokia is reportedly also working on an Android smartphone, which would be skinned to look like Windows Phone.