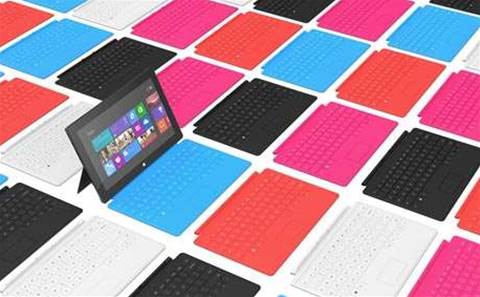 Uncertainty surrounds Microsoft's recent foray into the educational bring your own devices market, after a company executive suggested the RT range of Surface tablets could be dropped next year.

Last month, the company's vice president of devices and studios, Juliette Larson-Green indicated that Microsoft would drop Windows RT which has been commercially unsuccessful from its suite of operating systems.

"We have the Windows Phone OS. We have Windows RT and we have full Windows. We're not going to have three," Larson-Green said.

A spokesperson for Microsoft would only say "we have no comment to share" when asked by iTnews if the Windows RT tablets would remain supported - or be replaced by Windows Phone devices - for Australia's education customers.

Microsoft has been pushing the Surface to schools, TAFEs and Australian universities, making it available at a large discount: a 32GB model that normally retails for $559 including GST was available for just $219 until end of August this year.

The number of Surface RT tablets sold to schools, universities and colleges in Australia isn't known, but Microsoft's market development manager for education Ray Fleming said on his blog it adds up to "lots".

Fleming declined to comment on the future of Surface RT.

Apart from the lowered price, the Surface RT tablets are seen as attractive for educational purposes because they come with the Office RT productivity suite preinstalled, and are able to run Adobe Flash-based course material.