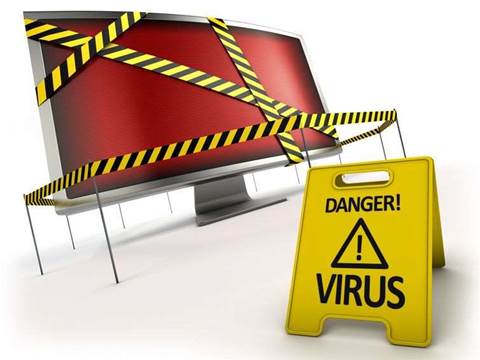 The company has warned on the dangers of running an unsupported operating system, ahead of its April deadline for ending extended support for Windows XP SP3 next year.

Microsoft found that while PCs running newer versions of Windows were just as likely as XP to come across malware, XP's chances of actually being infected were higher. Compared with Windows 8, XP's infection rate was almost six times higher.

The company compared PCs running Windows XP SP3, various versions of Windows Vista and Windows 7, and Windows 8 during the second quarter of this year.

According to Microsoft, the higher rate of infection is down to the fact that the most common malware exploits vulnerabilities not found in newer operating systems - although Windows 8 is also likely helped by being less of a target for hackers, as it has fewer users than XP.

"Microsoft Windows XP was released almost 12 years ago, which is an eternity in technology terms," said Microsoft's head of trustworthy computing, Tim Rains.

"While we are proud of Windows XP's success in serving the needs of so many people for more than a decade, inevitably there is a tipping point where dated software and hardware can no longer defend against modern day threats and increasingly sophisticated cybercriminals," he added.

Microsoft has stepped up attempts to push users to migrate amid evidence to suggest that a large number of businesses and consumers will miss the April deadline.

Rains has previously warned that XP users will be vulnerable to unpatched zero-days, once hackers begin reverse-engineering patches issued for Windows 7 or Windows 8 to find unpatched holes in XP.

According to NetMarketShare, almost a third of all PCs globally still run XP, translating to hundreds of millions of potentially vulnerable systems.