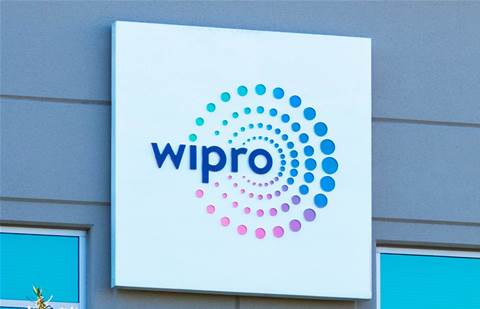 India-headquartered Wipro Ltd this week forecast higher revenue growth from IT services on the back of a strong project pipeline, and said margins likely bottomed out after higher expenses dented June-quarter profit.

IT companies including Wipro and larger rivals Tata Consultancy Services, Infosys and HCL Technologies have been facing cost challenges as they seek to retain employees amid a sector-wide talent churn.

"The margins can only improve from here ... We are not seeing additional wage pressure for hiring externally. It's all good for a few quarters down the line," Wipro Chief Financial Officer Jatin Dalal said.

The Bengaluru-based company forecast revenue from IT services to grow at 3 to 5 percent in the September quarter compared with a 0.5 percent growth in the June quarter.

IT Services operating margin for the quarter was at 15 percent compared with 18.8 percent, a year earlier.

Wipro said the positive impact from rupee depreciation was moderate in the June quarter as it saw cross-currency impact in Europe, a key market, with the euro and pound depreciating against the dollar.

Wipro's consolidated net profit for the quarter ended June 30 fell 20.9 percent to 25.64 billion rupees (A$465 million), compared with 32.43 billion rupees a year earlier. Analysts on average had expected a profit of 29.5 billion rupees, according to Refinitiv data.

(Reporting by Nallur Sethuraman and Nandan Mandayam in Bengaluru;Editing by Vinay Dwivedi)