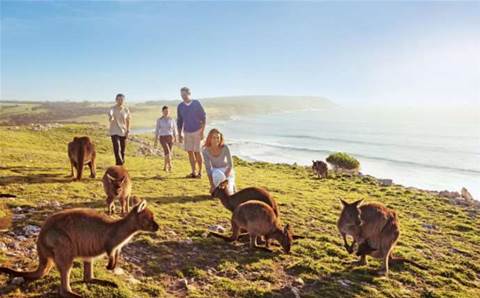 The island's residents and businesses were restricted to using a Telstra private IP WAN limited to ADSL and 3G mobile broadband.

MIMP has replaced this with a $450,000 backhaul service using an NEC microwave radio link from Adelaide to Kangaroo Island Council’s tower in the town of Kingscote, providing a 100Mb per second connection.

The wireless connection will also provide residential and commercial fixed 20-25 Mbps wireless through MIMP’s ISP partners. MIMP will continue providing 24-hour ongoing support for the network, as well as build its own towers to further its fixed wireless reach on the island.

Kangaroo Island Council chief executive Andrew Boardman said the cost of its previous service was a deciding factor in choosing to upgrade.

“After that payback period is complete, the MIMP service will save us tens of thousands a year compared to the Telstra service,” said Boardman. "MIMP has contributed the lion’s share of the project’s cost.”

“But the driving factor for the council and for MIMP was the benefits that this link offers the community. Even in areas just outside Kingscote, people can’t even get broadband over a landline phone and they have poor mobile connections. They’re in tin can and string territory.”

“People want to go out to remote locations but it’s a double-edged sword,” said Aitchison. "They want to keep in touch with work and family when they want to, not when they have to. It gives them the comfort they want, and it really helps out Kangaroo Island’s residents, so it’s a win-win all round.

"If you want to run a business, you need an internet connection, especially as everything is going to the cloud. You don’t actually realise what you need to survive until you’re somewhere remote, when you have everything online."