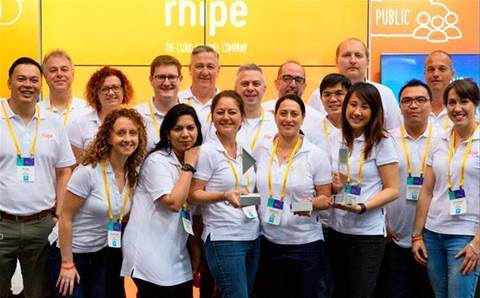 ASX-listed cloud distributor Rhipe has posted its first net profit after tax since 2014 after increasing revenue and trimming millions in costs through a restructure.

The company, which counts Microsoft as its largest vendor, posted full-year revenue of $157 million, up 14.5 percent on last year. Earnings before interest, tax, depreciation and amortisation (EBITDA) was up 173 percent to $4 million.

Rhipe's share price was up more than 7 percent on the news.

Rhipe's net profit after tax of $2.5 million was its first in three years. Rhipe had originally reported a net profit last year, but restated its numbers due to new treatment of rebates.

In 2017, the company reduced operating expenses by $2.6 million through a restructure of its solutions business unit in the 2017 year.

Total remuneration by directors and key management personnel was also down 10 percent. Rhipe paid out $1.4 million to directors this year, down from $1.9 million in 2016, while certain key management individuals also missed out on bonus cheques.

Founded under the name 'Newlease' in 2003, Rhipe originally focused on Microsoft service provider licensing (SPLA), which is sold to hosting companies as a three-year software licence then "leased" out as a monthly subscription to customers. Rhipe's other vendor partners include VMware, Red Hat and Citrix.

The Australian hosting market has been upturned by the public cloud. The past two years have brought a spate of consolidation in the sector, with changes of ownership for Digital Pacific, Panthur, Anchor and Crucial while two of the biggest players, Bulletproof and Melbourne IT, have turned their attention to public cloud.

As private cloud growth has slowed, Microsoft has turned its focus to the newer Cloud Solution Provider (CSP) licensing program. Rhipe is following this lead.

"We are seeing the growth in private cloud (SPLA) licensing continuing to grow strongly in Asia but becoming relatively flat in Australia as existing infrastructure reaches full capacity and as companies move towards public cloud platforms (Microsoft Azure and CSP)," according to Rhipe's annual report.

Rhipe will continue to go where the growth is, guided by vendor partner programs, according to its report to the ASX.

"Vendors including Microsoft are expected to increase incentives and support for its public cloud CSP program including products such as Office 365 and Azure and place less focus on older licensing programs such as traditional private cloud licensing," the company reported.

"Rhipe intends to grow new programs and will follow the direction of incentives provided in pushing certain programs over others with a continued eye on the profitability and earnings profile of customers, channel partners and products."

Rhipe partners were consuming more than 130,000 Office 365 seats per month at the end of the 2017 financial year, worth more than $22 million to the distie.

The company has also invested heavily into its own intellectual property. It spent $1.2 million on its "partner subscription platform" – the core billing and operational systems used to manage cloud licensing through its network of partners.

Rhipe is increasingly a route to market for Australian independent software vendors, counting Nexon, Cloud Ctrl, Beyond CRM, Seera, Sinefa and TraceMail among its new breed of emerging vendor partners.

Eliminating departmental friction within MSPs
By Steven Kiernan
Aug 21 2017
11:58AM