Wollongong IT solution provider Novo IT calls in the administrators 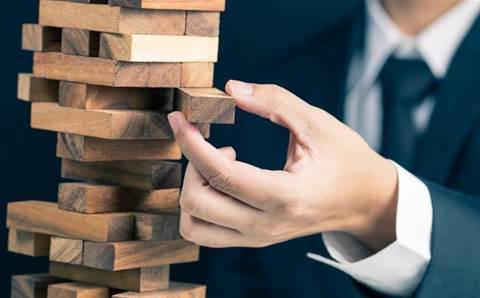 Managed services provider Novo IT, formerly known as AVC, has entered into voluntary administration after 28 years in business.

David Ian Mansfield and Neil Robert Cussen from Deloitte Financial Advisory were appointed voluntary administrators on 23 May. A first meeting of creditors is scheduled for 2 June.

The company currently employs approximately 30 people, all of whom are all still employed by the administrators, Deloitte confirmed.

David Mansfield, joint voluntary administrator and Deloitte Restructuring Services partner, told CRN: "The directors have indicated they intend to propose a Deed of Company Arrangement to creditors ahead of the second meeting of creditors, which will take place in July."

AVC director Stephen Chapman told CRN that the board was taking the opportunity to restructure the business "to better align our business model with the needs of our clients and to attract new and rising talent".

He claimed that the company in administration, Novo IT Pty Ltd, was "one of our non-trading subsidiaries" and that the "principal trading entity, Novo IT Australia Pty Limited, a wholly owned subsidiary of the group, is unaffected".

Novo IT Australia Pty Ltd was established by the three directors of Novo IT Pty Ltd on 21 April 2017, a month before the administrators were appointed.

According to Chapman, the decision to enter voluntary administration was necessary for the restructure to occur and followed the departure of one of the company's founding members.

"The group is putting forward a proposal to settle the claims of Novo IT Pty Limited with the administrators. Only a small number of suppliers have been impacted and no employees or clients will be affected," Chapman said.

AVC had been "focused on server and network infrastructure delivery for the last 28 years", according to the company website, which said Novo IT was born of AVC's merger with software developer Dev Plus.

"AVC will integrate the teams and skillsets across the two business to ensure that the coding and development skills are an integrated part of the traditional AVC offerings around managed services and project services."

The company website shows four offices in the country, two in New South Wales, one in Queensland and another in Victoria.

In May 2016, Novo IT helped the B&W Group migrate to Azure and enabled Office 365. The R&W Group manufactures, engineers, services and hires technology in underground coal and rail sectors in Australia.