Women attracted to IT when 'nerd' stereotype broken down 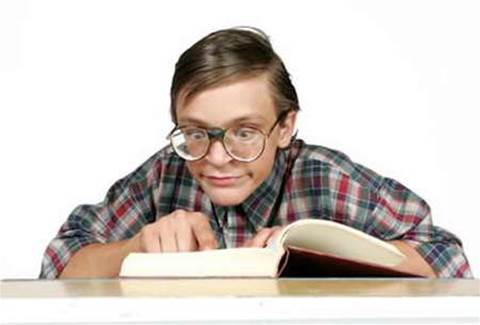 Busting perceptions of computer scientists as socially unskilled ‘nerds’ would help to attract more women to IT roles, according to a US study.

The research, published in Springer journal Sex Roles, found the stereotype of computer scientists as technology-oriented, intensely focused on computers, intelligent and socially unskilled was well entrenched among both men and women included in the study.

However, when this image was downplayed in a series of fake print media articles given to study participants, women expressed more interest in further education in computer science. Men in the study were unaffected by how computer science majors were represented in the articles.

“The media may be a powerful transmitter of stereotypes, and prevent many women from entering these fields,” University of Washington researcher Sapna Cheryan said.

In Australia, around a third of Australian CIOs report having no women in IT management roles, and about 45 percent of CIOs surveyed worldwide report that women make up "about one quarter" of their technical teams.

At the same time, universities are struggling to attract both men and women to study IT at a tertiary level, with enrolments continuing to decline across the board.

Simon Kaplan, director of skills and industry transformation at NICTA, said the Queensland-based Group X project, which has boosted the number of school students choosing to study IT at university or TAFE, was helping to shift perceptions.

“I think part of the reason why is we are breaking down the stereotypes,” Kaplan said.

“The message is getting out that IT is not sitting in a cubicle working on your own, it’s not a beige job, it’s about people. It’s about transforming organisations, its about making a difference to people, customers, fellow employees and to the business.”

The program was recently granted $6.5 million to be nationalised as part of a bid to reduce the IT skills shortage.