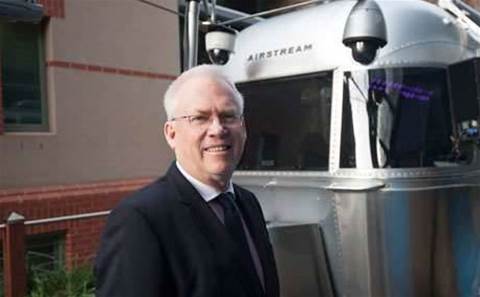 Iconic Australian brand Hills has continued its transformation into a technology business by licensing its brand to Woolworths for the sale of home hardware items like clothes lines and garden sprayers.

The 69-year-old company, famed for the Hill Hoist clothes line, will give Woolworths exclusive rights to distribute and market home hardware under the Hills brand. In return, the supermarket giant will pay an annual license fee to Hills.

The deal will allow Hills to focus on building its technology business, which pushed the company to revenue of $448 million and $24.8 million profit in the 2014 financial year.

Chief executive Ted Pretty said that as a result of the deal Hills won’t be carrying any working capital or investment in tooling for the “old” business. Beforehand, Hills would have to bear the cost of sourcing and distribution – which will now be handled by Woolworths directly.

“We can apply all of that capital now [to the technology business]. That’s the last part of the transformation,” he told CRN.

That transformation saw Hills reclassified on the financial market in October to the GIC Information Technology sector (Technology Hardware and Equipment).

While Pretty has previously identified technology services as a “growth platform”, he told CRN today that the company’s ambitions in that area are specifically around network monitoring or cloud services as they relate to security monitoring and healthcare. He said the company was not interested in competing with managed service providers in the desktop and web services fields.

“We’re going to keep it very industry specific,” he said, adding that some of the devices Hills provides might create opportunities for service providers.

Hills will retain ownership of the intellectual property in the Hills Hoist clothesline.

Cloud application revenue made easy
By William Maher
Dec 5 2014
6:55AM