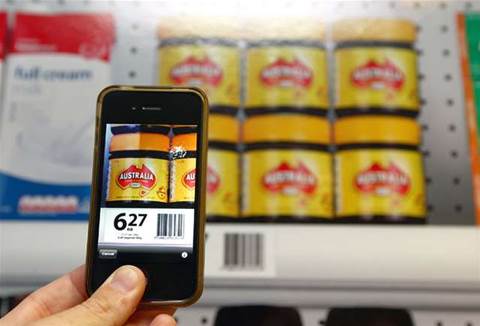 Supermarket giant Woolworths is considering offering free wifi in its stores so customers may use its smartphone applications in areas with poor mobile coverage.

Woolworths introduced trial networks in its Kellyville and Wolli Creek stores late last year, and encouraged shoppers to use them to access online recipes, shopping lists and email.

Head of multi-option retail Has Fakira told an Optus customer conference yesterday the trial had attracted “good initial feedback”, although it was still in its early days.

“As our customers start to use smartphones more and more in our stores, a whole lot of other challenges come up,” he said. “We’re trying to assess where wifi makes sense.

“Clearly, in the ideal world, 3G, 4G coverage would be ubiquitous but concrete and metal tend to get in the way. I think we all know of buildings in which in-building coverage is a challenge for all carriers.”

Fakira declined to disclose a timeframe and cost of the trial, stating that it involved “fairly straightforward technology”.

Woolworths has been building up its “multi-option retail” offerings since launching its mobile application in July 2011.

The application allows users to locate products within a store, receive offers, build a shopping list by scanning barcodes of items at home, and order groceries to be delivered.

“We spent a huge amount of time in focus groups, listening to customers, looking at the market and working out what was right,” Fakira said of Woolworths’ application development.

“People wanted something that could help them save time and money. The only way that we could deliver on that was to use the data that we’d been using to run the business operationally and expose that in a useful form for our customers.”

Fakira said the application – available for iOS and Android – had been downloaded 2.3 million times to date, but Woolworths had identified no difference in the shopping bills of customers who used its application and customers who didn’t.

In the past year, Woolworths also has embarked on two week-long “virtual supermarket” trials for which it displayed product images and barcodes in Melbourne’s Flinders Street and Sydney’s Town Hall train stations, so customers could scan the barcodes and shop through their mobile applications.

Fakira said Woolworths would continue to add to its multi-option strategy, but new digital channels would not replace the need for established channels like physical stores.

Woolworths' push in to the mobile channel comes amid its purchase this week of a major stake in data analytics company Quantium.

Quantium said the deal would allow it to extend its customer insight, media and software services to existing and new clients.

Grabbing the hybrid cloud opportunity with Lenovo and Azure Services
By Liz Tay
May 3 2013
11:18AM