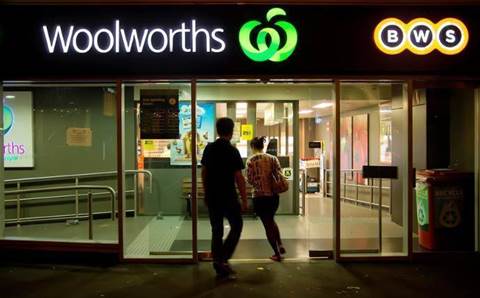 The company posted an update on social media last night saying the "unexpected outage" was related to an update to its IT systems.

"Our systems ultimately self-corrected themselves and we were back and open for trade across most stores by 4:30pm, with all stores now operational.

"This type of incident should not occur and we apologise unreservedly to our customers and store teams for the inconvenience caused."

Customers had taken to social media to show they had been turned away or abandoned their groceries in aisles after an unspecified IT issue downed registers on Monday afternoon.

Some customers complaining on the Woolworths Facebook page said they had completed their shop only to be turned away when they reached the register.

Hi there, we can confirm that an IT issue impacted registers in our supermarkets for a short period of time this afternoon. The registers are now back online in all our stores​. We apologise for any inconvenience caused. Thanks

"…we can confirm an IT issue impacted registers in our supermarkets for a short period of time this afternoon," the company told customers on Twitter.

"The registers are now back online in all our stores. We apologise for the inconvenience this caused our customers."

It's unknown how many Woolworths stores were affected. The company has close to 1000 stores across Australia.