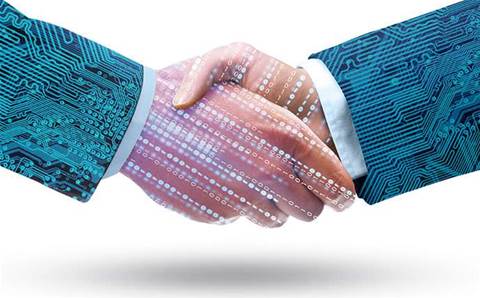 A data leak being called the largest-ever has shed light on a secretive Panama-based financial company and how it helps the world's rich and famous hide their money in offshore tax havens.

The 'Panama Papers' are a huge leak of more than 11 million documents relating to law firm Mossack Fonseca, based in the Central American nation.

The leak includes details on more than 200,000 companies, foundations and trusts, according to the ABC.

The Panama Papers come in at 2.2TB of data, far larger than previous scandals, such as Wikileaks and the 2013 'Firepower' scandal.

The leak contains emails, contracts, bank records, property deeds, passport copies and other sensitive information dating from 1977 to as recently as December 2015, the ABC is reporting.

The revelations come amid increased global attention on the process of offshoring to minimise and avoid tax. In Australia, a 2015 Senate committee probed major technology companies, with the local heads of Microsoft, Google and Apple called before the committee to face questions over their companies' tax structures.

The Australian Taxation Office is investigating hundreds of high net wealth Australian clients of Mossack Fonseca, having "identified over 800 individual [Australian] taxpayers and we have now linked over 120 of them to an associate offshore service provider located in Hong Kong", according to an ATO statement published by the Australian Financial Review.

Little-known but powerful law firm Mossack Fonseca is said to be one of the world's top creators of shell companies, which can be legally used to hide the ownership of assets. It is world’s fourth biggest provider of offshore services, according to the Guardian.

A combined team of 370 international journalists has spent the past year combing through the leak, with Australia's ABC set to reveals its findings on the Four Corners program tonight.

The files were initially leaked to German newspaper Süddeutsche Zeitung, which shared the documents with The International Consortium of Investigative Journalists (ICIJ), with the papers then distributed and analysed by 107 media organisations across 78 countries, including Australia's ABC.

According to the ICIJ: "The leaked data covers nearly 40 years, from the late 1970s through the end of 2015. It allows a never-before-seen view inside the offshore world – providing a day-to-day, decade-by-decade look at how dark money flows through the global financial system, breeding crime and stripping national treasuries of tax revenues."

The initial focus of the leaks has been on world leaders, including Vladimir Putin and his powerful Russian cohorts, offshore companies linked to the family of China's top leader, Xi Jinping, and Ukrainian President Petro Poroshenko.

Iceland's Prime Minister, Sigmundur Gunnlaugsson, is expected to face calls for an early election, essentially a vote of no confidence, after the Panama Papers revealed he had hiding millions of dollars of investments behind a secretive offshore company, the Guardian is reporting.

According to the ABC, 29 billionaires featured in Forbes Magazine's list of the world's 500 richest people are also identified in the leaks.

In a statement published on the BBC, Mossack Fonseca said it has always complied with international protocols to ensure the companies they incorporate are not used for tax evasion, money-laundering, terrorist finance or other illicit purposes.

The company said it conducts thorough due diligence and regrets any misuse of its services.

"For 40 years Mossack Fonseca has operated beyond reproach in our home country and in other jurisdictions where we have operations. Our firm has never been accused or charged in connection with criminal wrongdoing."