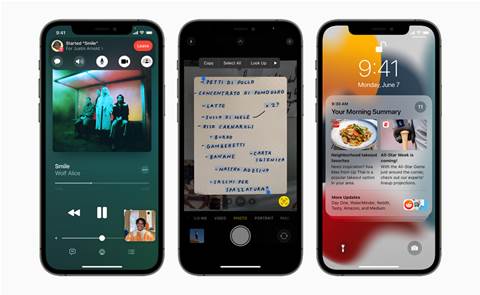 On Monday, Apple showed off a range of new features coming in the next version of the iPhone operating system, iOS 15.

The company unveiled the updates during the pre-recorded keynote for its Worldwide Developers Conference (WWDC) 2021, taking place this week in an all-virtual format.

Apple said that the iOS 15 updates will include a number of enhancements around communications—including for the FaceTime video calling app and the Messages text messaging app. Meanwhile, iOS 15 will also introduce new capabilities meant to boost user privacy and help iPhone users to reduce distractions. New AI features will also enable copying text from photos and searching for photos based on the text they contain, Apple said. The iOS 15 updates will arrive in the fall, the company said.

What follows is our roundup of Apple’s biggest updates coming in iOS 15. 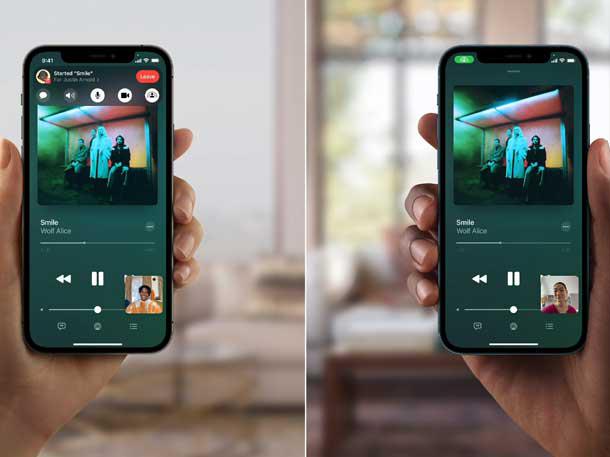 Apple unveiled a number of enhancements and new capabilities for its FaceTime video calling app, which are coming in iOS 15. The company said it’s adding spatial audio to FaceTime, so that a person’s voice sounds like it’s coming from the location that the person is in on the display. FaceTime will also be able to better reduce background noise in iOS 15, and will introduce Portrait mode for video calls, which blurs the background and focuses on the person in the video. The app will also introduce the ability for users to listen to music or watch videos together using the new SharePlay feature. Streaming services and apps including Disney+, HBO Max, Hulu, TikTok and Twitch will support SharePlay to start, Apple said. For the Messages app, iOS 15 will include a new feature called “Shared with You” that aims to make it easier for users to find content that has been shared with them in Messages. The feature can surface content shared in Messages conversations inside of relevant apps on the iPhone—for instance, surfacing photos that have been shared in the Photos app or music that has been shared in the Apple Music app. Shared with You will work with apps including Photos, Apple News, Music, Podcasts, Safari and the Apple TV app, “making it easy to quickly access the information in context,” Apple said. Apple announced several new privacy controls that will be coming in iOS 15. One new feature is Mail Privacy Protection, which hides a user’s IP address and location from senders of emails—while also preventing senders from seeing if an email has been opened or not. Another new capability is the App Privacy Report, which provides users with an overview of how apps are treating privacy. The report shows how apps are using the permissions that users have granted—for instance, revealing how often apps have accessed information such as location, photos, microphone, camera and contacts during the past seven days. Additionally, the App Privacy Report shows which third-party domains the app has contacted. For iOS 15, Apple announced that it will be launching a new notifications experience as a way to help users with staying focused. The experience will include a new notification summary that collects notifications that are not time-sensitive, and delivers them at a more ideal time (such as the evening or the morning). The summary also automatically arranges notifications by priority using on-device intelligence, Apple said. Messages from people will still be allowed through and will not go into the notifications summary, the company said.

To further help iPhone users with reducing distractions, iOS 15 will introduce a new feature called Focus. The feature lets users filter their notifications and apps to assist with what they’re trying to focus on at the moment. Users can create a custom Focus or use a Focus that is suggested, such as work or sleep. Senders of messages that have been blocked will be able to see the user’s status as unreachable. Live text and visual look up

Two new features in iOS 15 will use on-device intelligence to capture text from photos and more easily find information about subjects in photos. The new Live Text feature recognizes the text in a photo and lets users copy and paste that text elsewhere, such as into a note or email. Pointing the camera at a phone number will offer the option to call that number, meanwhile, and users will be able to use search to locate photos based upon the text in them, as well. The feature will also be available for existing images in a user’s photo library.

The second new feature, Visual Look Up, enables users to learn about the subject in a photo by tapping on it. For instance, a user could look up information on a dog breed or type of plant by tapping on the image.

Grabbing the hybrid cloud opportunity with Lenovo and Azure Services
By Kyle Alspach
Jun 9 2021
11:48AM