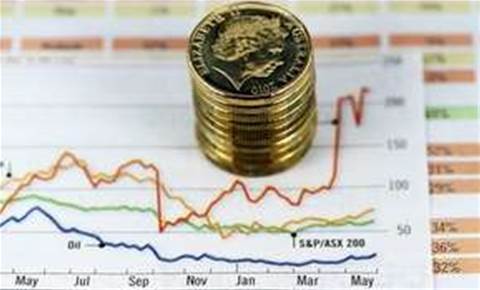 The third quarter was a good time for server sales, with worldwide server revenue growing even faster than shipments, indicating a rise in average selling prices.

Analyst firm Gartner on Monday released its quarterly server sales report in which it said that third quarter 2010 worldwide server shipments totaled about 2.2 million units, up 14.2 percent over the number shipped in the third quarter of 2009.

Total factory revenue for all those servers reached $US12.3 billion in the third quarter of 2010, up 15.3 percent over the same period as last year.

The significantly larger rise in server revenue compared to the rise in server shipments is a phenomenon not seen in this market for as long as Jeffrey Hewitt, Gartner research vice president, said he can remember.

The resulting rise in average selling prices for servers stems from a strong growth in x86 revenue, Hewitt said.

Worldwide x86 server shipments during the third quarter of 2010 rose 14.9 percent to 2.14 million units over last year, while total x86 server factory revenue rose 29.5 percent to $US8.20 billion, he said.

The increase in average selling price stemmed from the fact that customers are purchasing servers with more high-end configurations for use in virtualising server workloads, Hewett said.

"It's a sign that investments in servers are resuming," he said. "Customers are continuing to consolidate server workloads with virtualisation. And there is a build-out of servers to handle workloads like web serving, media streaming, and cloud computing."

While several industry reports point to 2010 as the year when the number of virtual servers configured for customers exceeded the number of physical servers, Hewitt said the jury is still out on the question.

"It's possible, but I don't think so," he said. "It could be close. But we're updating that right now. We may have more information in the first quarter (of 2011)."

Hewlett-Packard is the largest server manufacturer in terms of units shipped, accounting for 32.6 percent of the entire market. Dell was the second largest server seller, with 22.9 percent of the market, followed by IBM with 13.1 percent, Fujitsu with 3.4 percent, and NEC with 1.7 percent. The top four of those five vendors all saw strong growth in shipments over the third quarter of 2009, while NEC saw a drop of 2.0 percent.

In terms of server revenue, HP leap-frogged last year's leader, IBM, with a strong 22.5 percent growth in sales over the third quarter of 2009, giving it a 32.1 percent share of the market, Gartner said. It was followed by IBM with a 30.2 percent share, Dell with a 14.6 percent share, Oracle with a 6.2 percent share, and Fujitsu with a 4.7 percent share. Of these, only Oracle saw its revenue fall compared to last year.