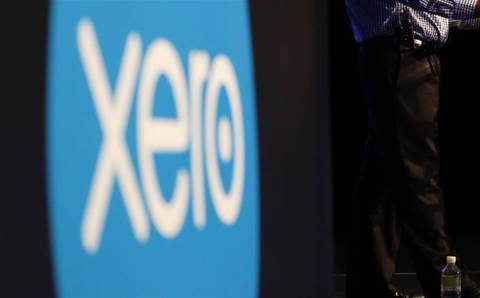 Xero has reported its first-ever positive earnings thanks in part to a mammoth migration of customer data to Amazon Web Services in 2016.

In its first annual report since consolidating its shares onto the Australian Securities Exchange, the New Zealand-headquartered company posted positive EBITDA of NZ$26 million (A$24 million) for the year ending 31 March 2018, up from a NZ$28 million loss the previous year.

The cloud accounting firm said that it managed to bring its cost of revenue as a proportion of operating revenue, largely driven by the decision to migrate the data of more than 700,000 customers from Rackspace to Amazon's public cloud in November 2016, which helped to lower hosting costs, along with productivity gains from investing in a new customer service platform.

Xero also thanked the AWS migration for improving its gross margin by 81 percent. The company said in a presentation to shareholders that there would be even more opportunities to increase gross margin with AWS, as well as the opportunity to automate customer experience.

At the time, Xero said the primary reason for migrating to AWS was to enable machine learning capabilities and to be able to deploy software updates in a shorter timeframe. Xero now hosts its data in two AWS data centres based in the US.

One of Xero's first machine learning projects was a solution to make it easier for customers to enter supplier bills. Xero also created a learning model to predict bill codes based on previous codes that have already been used.

In 2018, Xero added 351,000 new subscribers, bringing its global subscriber base to 1.4 million. While the company reported its first positive earnings this year, it is still closing the gap to profitability, with a loss of NZ$28 million, though an improvement from the NZ$69 million loss in 2017.

The last five months have already seen a handful of major changes at Xero, including a new chief executive. In March, founder and chief executive Rod Drury announced he would step back into a non-executive role, handing the reins over to former Microsoft Australia boss Steve Vamos, who started on 1 April.

"Xero has delivered another impressive full-year result driven by subscriber and revenue growth with excellent operating discipline, reflecting the strength of our value proposition and business model," said Vamos.

"We are well poised to leverage Xero's international market leading positions as we continue to build a diversified growth profile. The Xero team is focussed on delivering a scalable, world-class product and customer service experience as we expand further into new and existing markets."

Xero also delisted from the New Zealand Stock Exchange this year in favour of trading on the Australian Securities Exchange, though the company is still headquartered in Wellington.

Xero's shares were trading at $41.49 at the time of writing.