Xerox boss, board are already back after turmoil 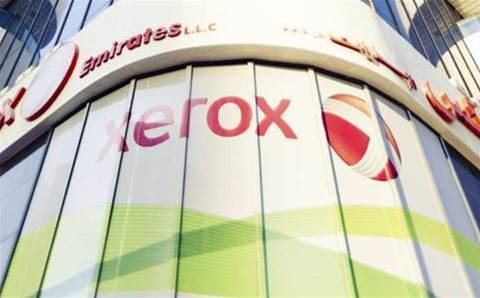 The turmoil at Xerox continues with the previously ousted CEO Jeff Jacobson and board of directors announcing last night that they are staying put.

"The settlement agreement it had reached with Carl Icahn and Darwin Deason on May 1, 2018 has expired in accordance with its terms," the company said in a statement.

"As previously stated, the agreement would have become effective upon execution of stipulations discontinuing the Deason litigation with respect to the Xerox defendants. In the absence of such stipulations, the agreement expired at 8:00 p.m."

That up-ends a succession plan activist shareholder Icahn had laid out that replaced six of members of the board with new blood, and fired current CEO Jacobson in order to move in Icahn stalwart John Visentin.

Icahn blasted the board as being "reckless" in its pursuit of its "brazen self interest' in a statement  issued to shareholders.

"This inexplicable turn of events occurred for one reason only: the Xerox Board recklessly refused to follow through with the leadership and governance changes we agreed to, demanding unprecedented additional approvals for their own personal self-interest," Icahn said.

"An expansive release from us and the Company was not enough. Fully insured, robust indemnification rights were not enough. The Xerox Board declined to take the actions they unanimously approved as in the best interest of Xerox shareholders unless they obtained additional unprecedented protections from the court, which all parties (and the judge!) agree are not required under applicable law. The brazen self-interest of the Xerox Board defies description."

Xerox agreed in late January to cede a 50.1 percent ownership stake in the company to Fujifilm in exchange for a US$2.5 billion special cash dividend to Xerox shareholders and a 49.9 percent in the combined company. But a New York judge Friday granted an injunction against the merger, ruling that

Xerox and Fuji had not disclosed some important parts of their decades-old joint venture to the public.

Specifically, the judge said a "lock-up" provision wasn't disclosed that "restricted Xerox from selling more than 30 percent of its equity to a competitor of Fuji without suffering significant economic dislocations."

Earlier this week, the deal was met with some relief by channel partners as many were grateful that the turmoil among the company's shareholders appeared to be over. At the same time, there was apprehension among partners with regard to whether Icahn would be the strong channel advocate that Jacobson had been.

One Xerox partner went as far as to issue talking points to his sales reps in the wake of the earlier upheaval to assure jittery Xerox customers that the worst was behind them. Some feared the highly public fight among activist shareholders would cause customers to abandon the company's products for its rivals.

In a statement issued late last night the board recognised that this latest move would only add to the turmoil.

"Xerox and its board of directors recognise the uncertainty caused by the developments of the past several days among the company’s investors and other stakeholders," the company said. "The Xerox Board and management team remain focused on driving continued improvement in financial and operational performance, and will consider all options to create value for the company and its shareholders."