Xerox CEO: ‘This isn't the year we planned for. This is the one we have’ 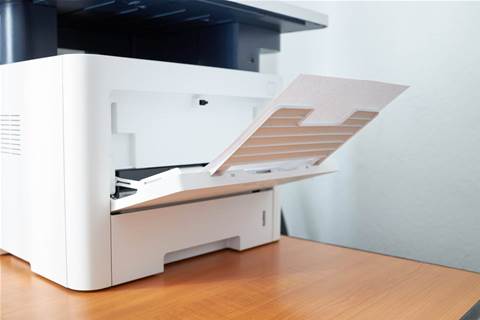 Xerox revenue fell 14.7 percent in the first quarter and it’s bracing for an even steeper drop-off in the months ahead, the company announced on an earnings call.

“Well, this isn't the year we planned for,” Xerox CEO John Visentin told investors during the company’s first quarter earnings call. “This is the one we have.”

Xerox entered 2020 armed with an audacious plan to elect a new HP board, buy the four-times larger printer company, and create US$2 billion in cost synergies on its way to becoming the dominant player in printers and copiers.

Suffice it to say, that has not worked out. Xerox scrapped plans for its take over of HP in March, when it became clear the blossoming coronavirus pandemic would engulf the globe. The company’s share price has tumbled from a 2020 high of US$38.21 in February to a low of US$15.01 in March, only to trade at US$19.20 on Wednesday morning.

The copier giant announced Tuesday that it has pulled guidance for the remainder of the year.

“The absence of people from the office resulted in an approximately 50 percent decline in page volumes in March, which impacts our variable rate contracts,” Visentin told investors. “Delayed installs, whether because of an office was closed or limiting vendors on site, lowered equipment sales revenue by approximately US$100 million in the quarter. And the financial impact this global health crisis is projected to have on global GDP and our leasing portfolio required us to increase our bad debt reserve by approximately US$60 million.”

Visentin is doubtful that workers will remain at home once governmental restrictions have eased, based on his conversations with fellow CEOs and government leaders.

“The prevailing question isn't whether to return to the office, it's when,” he said.

However, Xerox still expects second quarter earnings to be the worst of the year.

“It is hard to predict, but in all of our models, Q2 is worse than Q1,” Xerox CFO Bill Osborn told investors.

The company anticipates businesses reopening late in that second quarter followed by more openings in the back half of the year.

One analyst asked about the company’s forays into making disposable ventilators and hand sanitizer, but Visentin said both products were made with minimum up-front investments, and the company can quickly exit from each.

“We took a disciplined approach on what we can manufacture, what's the minimal CapEx required, assuring that we don't have inventory that's left over should the needs decline, whether it's in ventilators, hand sanitizers,” he said on the call.