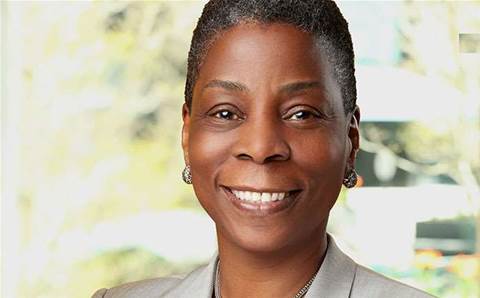 Xerox chief executive Ursula Burns will step down as chief executive when the company splits into the two publicly traded companies, a US$7 billion business process services organisation and a US$11 billion document technology business.

Burns, who will continue in the CEO role up until the split, will serve as the chairman of the board of Document Technology after the separation, which was announced earlier this year.

According to the company, the split, which is expected to cost between US$200 million and US$250 million, is still on track to be completed by the end of this year.

Ann Reese, Xerox's lead independent director, said in a statement: "Ursula’s deep industry experience and relationships along with her proven leadership skills will be valuable assets for the Document Technology company and will help ensure a smooth transition to a new management team... We are very pleased Ursula will continue to play a critical role."

In the release, Burns said she was looking forward to her role as chairman of Document Technology and that Xerox is continuing its search within and outside of the company for candidates to create new management teams.

"We have made significant progress toward creating two strong companies and I am confident that our decision to separate will position both businesses for continued success," Burns said.

In the company's earnings call last month, Xerox said it would finalise top executive positions for each firm by the middle of 2016.

During that call, the company also announced it will be undergoing a three-year, US$300 million restructuring that it expects will save US$2.4 billion over the next three years from both ongoing and new initiatives.