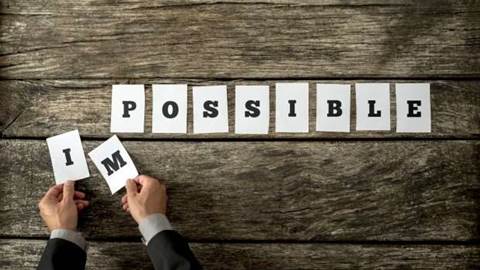 Xerox has upped the ante in its high-stakes bid for HP Inc., increasing the total value to US$24 per share in cash and stock equivalents from the previous high offer of US$22 a share.

In a break with previous offers, the announcement came with no statement from Xerox CEO John Visentin, who until now has included his own remarks in the public back-and-forth exchanges with HP Inc. Instead, the company announced via press release that the offer will will be comprised of $18.40 in cash and 0.149 Xerox shares for each HP share. The previous offer, made in November, was $17 in cash per share and .137 shares of Xerox. The company said the headline offer price of $24 per share represents a 41 percent premium to HP’s unaffected 30-day volume weighted average trading price of $17.

“The value created by the synergies realized in a combination of Xerox and HP is incremental to any value that HP can create by revising its strategic plan or dramatically changing its capital allocation policy to incorporate additional share repurchases,” Xerox wrote. “Xerox’s offer provides HP stockholders with both significant, immediate cash value, and meaningful upside via equity ownership in the combined company.”

Xerox said it has met, multiple times, with many of HP’s largest stockholders, which “consistently state” that they want the benefits Xerox has outlined in its presentations about the synergies offered by a combined company, including enhanced returns, improved growth prospects and “best-in-class human capital.”

It puts pressure on HP’s board and CEO Enrique Lores, which have both said that until Xerox changes the terms of its offer, HP has nothing more to discuss.

This move comes on the heels of Xerox nominating a full slate of candidates who would fully replace HP’s board of directors, if they are selected at a shareholder vote this summer. In January, Xerox said that it had won loan guarantees for as much as $24 billion from three banks.

In response to an analyst question about whether Xerox could get more than $24 billion, Xerox CFO Bill Osbourn Jr. said the company believes it has “flexibility” around that number.

“We believe our arrangements with those financial institutions allow us flexibility if need be,” Osbourn said during the Jan. 28 earnings call.

During that call, Visentin added that the banks that agreed to the loan—Citigroup., Mizuho Financial Group and Bank Of America—worked through the numbers with Xerox, which gave them “confidence” in the math.

“You can imagine the amount of analysis that the banks went through before they agreed to give us $24 billion in financing, the due diligence they had to go through with us to give them confidence,” he said.

Grow your software revenue by selling these 5 affordable, essential tools for the modern workplace
By O’Ryan Johnson
Feb 11 2020
4:09AM