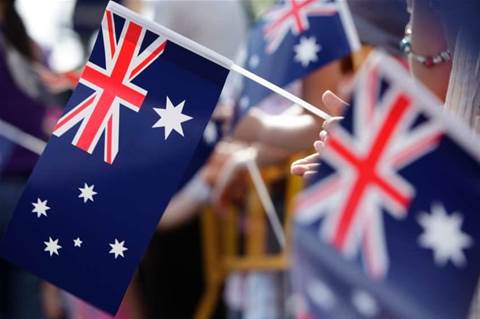 CSIRO research fellow Craig Mudge received the Officer for the Order of Australia (AO) for his work in science, particularly through pioneering initiatives in the information technology sector as a researcher, author and a mentor of young scientists.

Mudge was founder and CEO of Austek Microsystems, which was spun out of CSIRO’s microelectronics research group. The company's signal processing chips formed the basis of CSIRO’s wireless LAN patent.

“Austek was a micro-chip spinout from CSIRO in the eighties. It had several breakthroughs: the first single-chip cache for a personal computer, the world’s fastest Fourier transform chip, and the first asynchronous multiplier, all part of a series of products for the global market,” Mudge told CRN.

“The Order of Australia award is a recognition of the teams of scientists and engineers who worked with me at Austek and at CSIRO. I am most grateful for that. In addition, my wife Maureen has encouraged me all the way on my journey, which at times appeared to be crazy."

Another IT figure who made the list was IBM Australia & New Zealand board director Karen Lee Koomen. She was named a Member of the Order of Australia (AM) for her service to the IT and communication sectors, through business, executive roles and education.

“I have worked in the ICT industry for almost all of my career and at IBM for almost 12 years. I feel incredibly lucky to live at a time where IT and the internet are leading to a more social, economic and political change than at any other time since the invention of the printing press," Koomen told CRN.

"To have had the opportunity to serve on many boards to help government, industry and young people to maximise the benefits of technology has been an absolute privilege. To be recognised with an AM for doing what I love is truly overwhelming. I am looking forward to continuing my work with IBM to secure Australia's place in the global technology landscape.”

Other technology people recognised with AMs included former CSIRO figure John Wright for "significant service to science and engineering, particularly to renewable energy technology", NBN satellite engineer Mark Thompson for "significant service to science as a satellite communications engineer", Wallace Taylor of Rockhampton for "service to the IT sector, and to rural development" and NSW chief scientist Mary O'Kane for "promotion of technology research and future energy supply."

Nano technology leader Professor Chennupati Jagadish received the Companion of the Order of Australia (AC) for "service to physics and engineering, particularly in the field of nanotechnology" for communications, data storage, solar cells and medical applications.