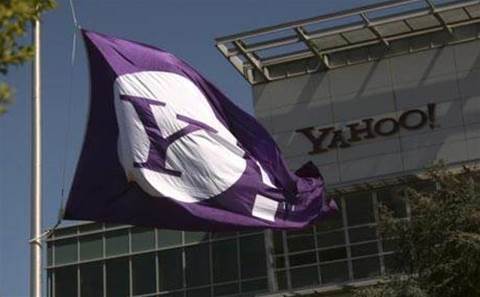 Yahoo's revenue rose to US$1.47 billion in the fourth quarter ended 31 December from US$1.27 billion a year earlier.

This represents a 15.4 percent rise in quarterly revenue ahead of a proposed sale of its core internet business to Verizon Communications.

After deducting fees paid to partner websites, revenue fell to US$960.1 million from $1 billion.

The year-ago quarter included a US$4.46 billion write-down to account for the lower value of some units.

The company said last week it would not hold a conference call or webcast after the release of the results, citing the pending deal. This is the second straight quarter that Yahoo is not holding a post-earnings call.

The fate of the deal was thrown into doubt after Yahoo disclosed two major data breaches last year.

The company said on Monday that it was continuing to work with Verizon on the sale, and added that the deal was now expected to close in the second quarter.

The deal was earlier expected to close in the first quarter.

The internet pioneer said in December it had uncovered a massive cyber-attack in 2013 affecting more than 1 billion user accounts, double the number compromised in a 2014 breach that Yahoo disclosed in September.

Verizon executives have said they see a strong strategic fit with Yahoo and will review the impact of the data breaches, but sources have told Reuters that the deal terms could be renegotiated.