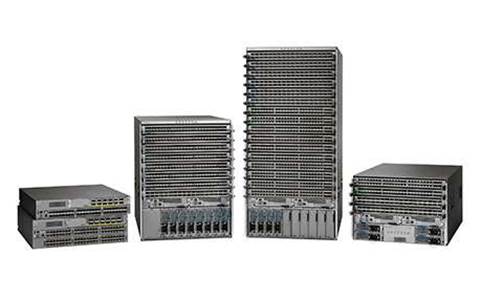 Cisco has taken another potshot at VMware in the ongoing war of words between the two vendors' rival software-defined networking platforms.

Soni Jiandani, senior vice president, marketing for the Insieme Business Unit at Cisco, spoke about the company's Application Centric Infrastructure (ACI) – its answer to SDN  – at the Cisco Partner Summit in Montreal.

Central to Cisco's SDN push is its Nexus 9000 series of enterprise switches. At the summit, Cisco revealed it now has more than 2,655 Nexus 9000 and ACI customers globally.

Jiandani stressed that hardware remains vital to networks, even virtual ones.

Putting up a slide from VMware about its NSX technology – which included diagrams of networking hardware – she said: "Look at this chart from a software-only SDN company, what do you see? Do you see boxes? Do you see hardware? Even they will tell you that they cannot build a network on software alone.

"They need an infrastructure that is robust, that has the ability to deal with higher speeds like 10GB and 40GB, with leaf-spine architectures for modernised data centres.

"When you look at that foundation, you have to accept the fact that you cannot necessarily put a frame of software up without laying the concrete, the foundation of the network in the data centre," said Jiandani.

Australian retailer Woolworths is undergoing a data centre infrastructure refresh based around Cisco ACI and the Nexus 9000 series, being deployed by Dimension Data.

"[Woolworths] were looking for a best of breed partner, and Dimension Data Australia was the partner to bring together a highly policy-driven model that was secure with third-party ecosystems and was able to help them go from what they described as 'a tanker to a speedboat' with ACI being the underlying engine for the speedboat," said Jiandani.

VMware also came in for a mild roasting from Cisco chief executive John Chambers, who said its rival had been using numbers of "SDN-capable" clients and passing them off as paying customers.

"It's a nice way of saying we are winning the field, we plan to win it in a big way and we are having fun with the competition," said Chambers.

Steven Kiernan is a guest of Cisco in Montreal.