You might not get to own a HoloLens until 2020 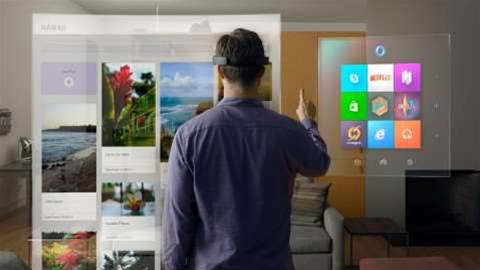 Since Microsoft unveiled HoloLens earlier this year, interest around the augmented-reality headset has ballooned. However, going by Microsoft CEO Satya Nadella's comments, it looks like a Windows 10-powered holographic future is still a long way off for consumers.

During an interview with BBC Click, Nadella states that HoloLens is a on a “five-year journey”, a journey that will see it in the hands of developers within a year. Once developers have hold of HoloLens, it will then trickle down into business and eventually end up in the hands of people like you and me.

“We will have developer versions of it first, and then it will be more commercial-use cases, and then it will evolve,” said Nadella. “This is a five-year journey. We are looking forward to getting a v1 out, which is more around developers and enterprises, and you know it's in the Windows 10 timeframe which means that it is within the next year.”

While it's been clear that we wouldn't see HoloLens on the market in 2015, I can't hide my disappointment in hearing that it may not even wrap around my head until 2020.

Obviously this may not necessarily be a bad thing. Five years down the line, VR technology should have become somewhat mainstream, following next year's releases of the HTC Vive, StarVR and Project Morpheus devices. With the VR market firmly established, a 2020 version of HoloLens would be dramatically different from what we've seen so far.

The “five-year journey” could also drastically reduce the price tag. Although Microsoft hasn't yet confirmed the price, an executive told The New York Times that it would cost “significantly more than a home console”. I'm more than happy to wait if it means a lower price when the HoloLens does trickle down to consumers. Even if that isn't the case, and HoloLens launches as expensive as initially planned, at least I have a few more years to save up.