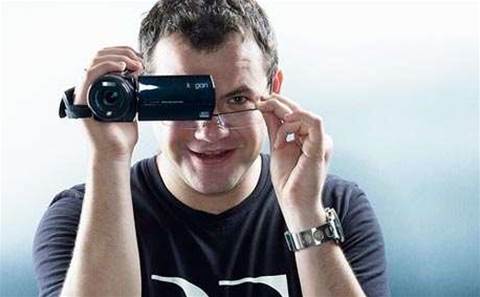 Technology entrepreneurs and execs under 40 have dominated this year's BRW Young Rich List, with reseller Ruslan Kogan ranked fourth with a value of $315 million.

Kogan first appeared in the Young Rich List in 2009 with a value of $15 million. Since then, he has approximately doubled his wealth each year.

Kogan's executive director David Shafer also made the list at 21st with a value of $75 million. Shafer joined Kogan in 2010 and to date is the only other shareholder in the private business.

The top two spots in this year list were once again held by the founder of enterprise software Atlassian.

Mike Cannon-Brookes and Scott Farquhar took the coveted first and second spots with a combined value of $550 million.

The duo's enterprise software helps companies track operational efficiencies and the recent high-profile board appointments are being viewed as a precursor to a listing on the NASDAQ stock exchange.

Last year, they were the first technology company to ever land the top spot in the BRW Young Rich List.

Technology entrepreneur Simon Clausen ranked third with a value of $350 million. Clausen is a major investor in freelance.com and previously sold his security software company PC Tools to Symantec in 2008 for $300 million.

Max Barrie, founder of freelance.com, was ranked seventh with a value of $185 million. Japanese company Recruitment Co recently approached Barrie with a $400 million offer for the company.

The co-founders of Bigcommerce, Mitchell Harper and Eddie Machaalani, ranked numbers eighth and ninth with a combined worth of $135 million. The company's software platform makes it possible for small businesses and start-ups to set up their own online stores.

Eliminating departmental friction within MSPs
By Tony Ibrahim
Sep 19 2013
10:13AM